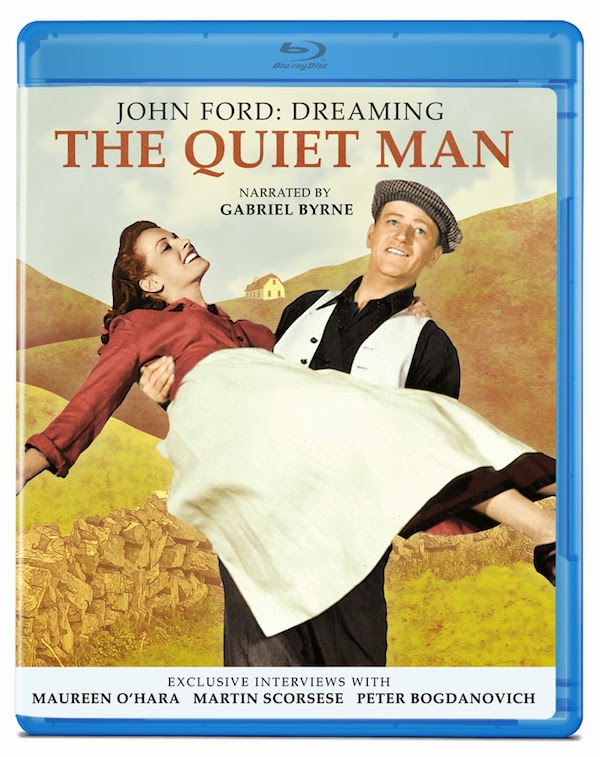 Show me someone who doesn’t love The Quiet Man and I’ll show you someone who doesn’t love movies. It’s the crowning achievement of director John Ford’s amazing career (and his most personal film), featuring John Wayne at his most charming, Maureen O’Hara at her most beautiful & feisty, not to mention the greatest prolonged fight scene of all time. For those who do love movies, the story behind The Quiet Man is just as captivating.

What makes John Ford: Dreaming The Quiet Man so insightful and entertaining is that it’s much more than making-of documentary. Sure, we get a lot of stories about its sometimes troubled production (most notably, amusing anecdotes from Ms. O’Hara), but also interviews with such modern directors as Peter Bogdanovich (who once wrote a book about Ford) and the great Martin Scorsese, who help us develop an even greater appreciation for how unique and influential this film really was.

Dreaming The Quiet Man is just-as-much a biography about John Ford himself, how his life experiences, ideals and Irish upbringing influenced his filmmaking career, culminating in a movie which few in Hollywood had much faith in. One of the other charming aspects of this film are the numerous moments which revisit the small village where The Quiet Man was primarily shot. Amusingly, not much has changed, and even 60+ years later, there’s still quite a bit of tourism generated by the area’s association with this film.

Ultimately, this detailed historical documentary is a perfect companion piece to the classic film itself, making the next time you revisit The Quiet Man a richer experience. My only quip (and it’s a small one) is I wish more time was dedicated to the climactic fist-fight between Sean Thornton (Wayne) and Will Danaher (Victor McLaglen). Considering it’s the most memorable and iconic segment of the movie, we get relatively little insight into how it was put together. Other than that, Dreaming the Quiet Man, like its subject, reminds us how wonderful movies are.

If you're a fan of The Quiet Man, this is a must-own.