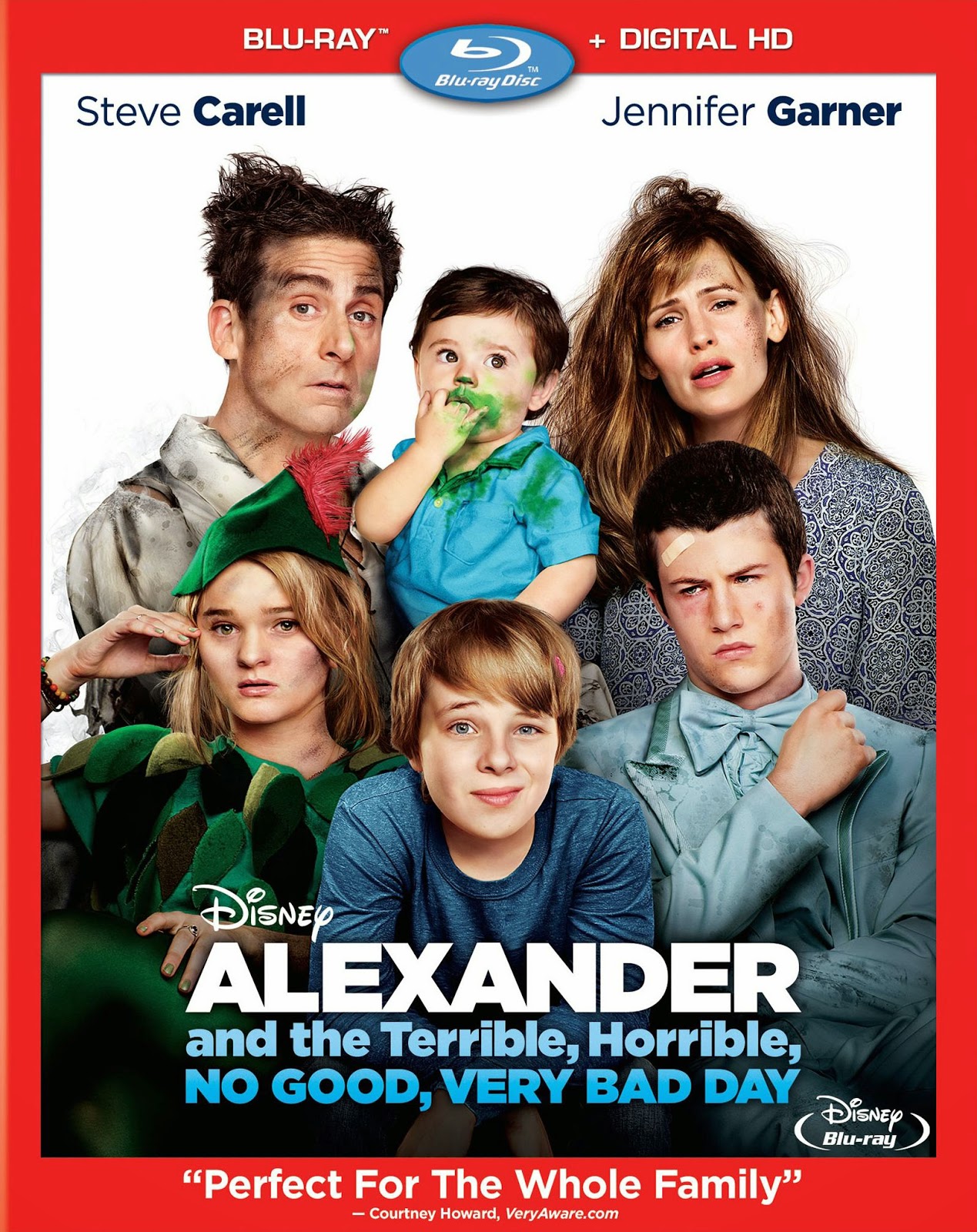 Watching this, I was reminded of all the live action, family-friendly comedies Disney cranked out in the 1970s…Superdad, Candleshoe, The World’s Greatest Athlete, etc. As a kid back then, these movies were affable, agreeable entertainment, but nothing which resonated much after leaving the theater. I’ve revisited a few of them as an adult and mostly wondered what the hell I ever thought was so great about them.

I suspect the same will happen with Alexander and the Terrible, Horrible, No Good, Very Bad Day, which isn’t necessarily intended as criticism. It’s just as kid-centric as those yuck-fests back in the day (albeit with more penis and vomit gags), a movie intended to appeal to those currently growing up with the sitcoms airing on The Disney Channel. In this context, the film is pretty successful.

Alexander Cooper is an insecure middle-schooler whose life is generally tumultuous on a daily basis, while his family (mom, dad & siblings) seem to be having nothing but great days, always with something awesome to talk about at the dinner table. On the eve of his birthday, he makes a wish…that they all experience the same kind of bad day as he usually does. Of course, that’s exactly what happens.

His wish couldn't have come true at a worse time, with Mom (Jennifer Garner) on the verge of a promotion, Dad (Steve Carell) trying to land a job with a video game company, sister Emily landing the lead in the school play and older brother Anthony hoping to pass the driver’s test so he can take his shallow girlfriend to the prom.

From an adult perspective, none of the events which ensue are especially funny or creative (plenty of pratfalls, sight gags and PG-rated scatological humor). But it’s easy to see how a kid could find all of this very amusing, especially since the film is generally good-natured and moves at a brisk pace (at a scant 81 minutes, it’s just long enough to amuse the kids without parents staring impatiently at the DVD timer). There’s also an absolutely hilarious moment late in the film which will likely fly over the heads of its intended audience, involving Australian Cowboys hired to entertain at a party.

Ultimately, Alexander and the Terrible, Horrible, No Good, Very Bad Day is as affably charming as those old 70s-era Disney flicks which amused me as a kid. It’s no classic, but good enough for a fun family movie night with your own young 'uns.