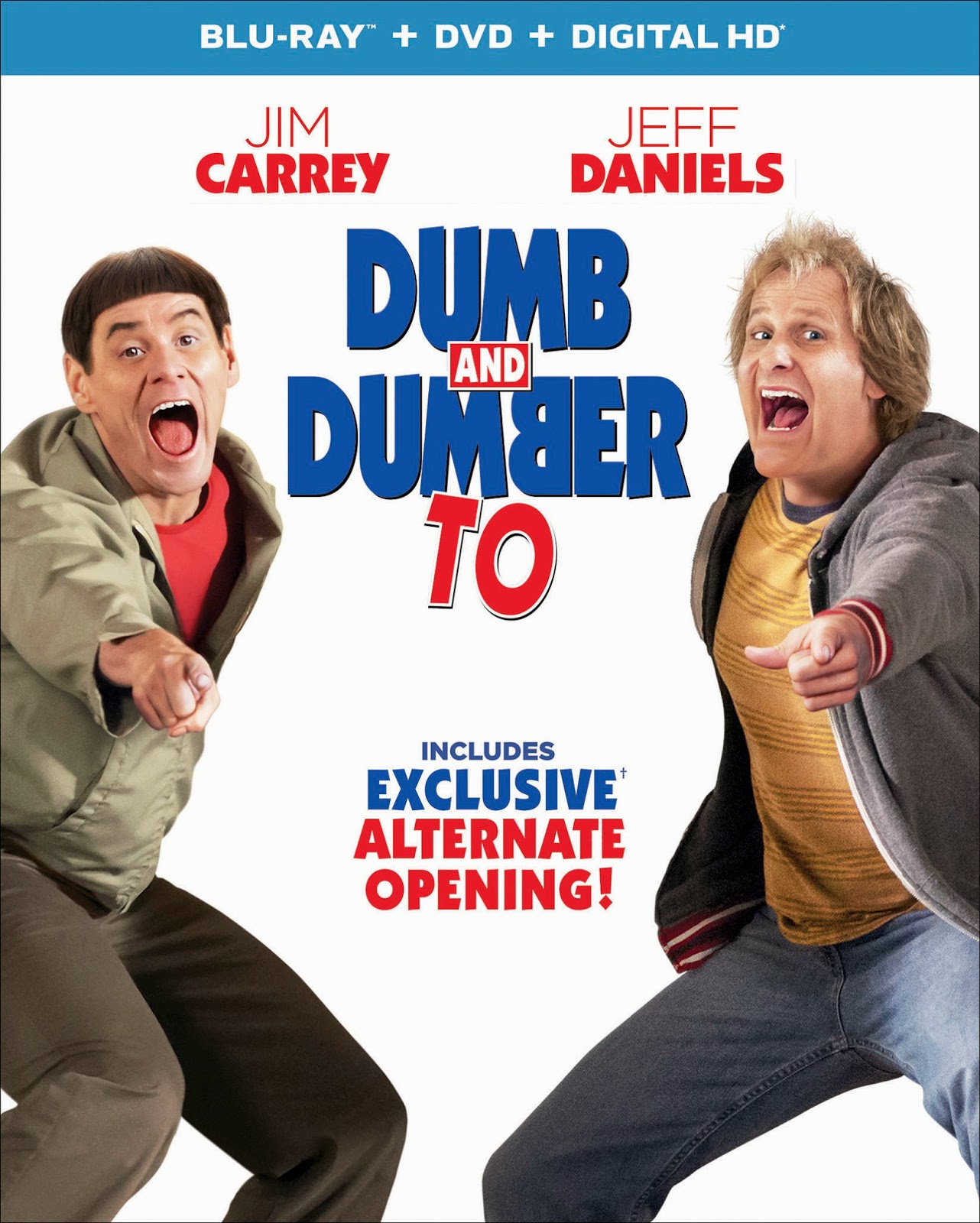 Free Kittens Movie Guide and Universal Pictures are happy to give away a copy of Dumb and Dumber To (along with with a decal cling for your car) to one of our readers.

To enter, simply leave a message in KITTY KONTACT at the top of our sidebar. A winner will be randomly selected from all responses. Contest ends on February 17th. The winner will be chosen and contacted on February 20th. Sorry, this contest is only open to those residing in the United States and Canada.

As fans of the comedy classic Dumb and Dumber know, life is always better with a buddy. To celebrate the February 17th release of the hilariously over-the-top sequel DUMB AND DUMBER TO, we’re taking a look at a collection of unconventional dynamic film duos who are no less memorable!

Back to the Future
Starring Michael J. Fox as time-traveler Marty McFly and Christopher Lloyd as the zany Dr. Emmett Brown, this unlikely pair literally changed the future of the adventure genre. With on-screen chemistry so strong, Back to the Future launched one of the most successful franchises in movie history, including two theatrical sequels, an animated television series, a theme park ride, toys, comic books, video games and t-shirts.

Hot Fuzz
The unlikeliest of pairs, Simon Pegg and Nick Frost team up as an exceptional former London cop (Pegg) and a not-so-exceptional small town cop (Frost) faced with uncovering a strange occurrence of murders in the small country village they’re determined to protect. While Frost has longed for the explosive, high-octane life he envisions Pegg braved in London, the two must come together to solve the “conspiracy” before it’s too late.

The Blues Brothers
Inspired by “The Blues Brothers” musical sketch from Saturday Night Live, John Belushi and Dan Aykroyd are on a mission from God to bring the Blues Brothers Band back together. Emerging from several deadly situations and an epic car chase in a race to get to Chicago, comedic legends Belushi and Aykroyd charm with the complete and utter nuttiness that ensues along their journey of one last good deed.

Dumb and Dumber To
Jim Carrey and Jeff Daniels return as everyone’s favorite dumbest duo, the unforgettable and often unredeemable Harry and Lloyd. Setting out on yet another cross-country trip, Harry and Lloyd find themselves in mishap upon misadventure, making what would appear to be a series of unfortunate circumstances into slapstick comedy. If nothing else, Harry and Lloyd were meant for each other until the end.


Don’t miss your chance to take home the sidesplitting comedy Dumb and Dumber To, available to own on Blu-ray & DVD February 17!
Posted by D.M. Anderson at 4:21 PM