THE CHAIR: THE COMPLETE FIRST SEASON (DVD)
A terrific idea for a series…a reality show which pits two would-be directors against each other to create two separate films based on the same screenplay. This original show from Starz’ covers the usual behind-the-scenes trials of the artists involved, and their efforts to put together their films is often fascinating. The first three discs of this five-disc set contain the series itself; the remaining two consist of the completed films themselves, Not Cool and Hollidaysburg. Unsurprisingly, the episodes are far more entertaining. In fact, Not Cool is a godawful shitfest. Hollidaysberg is better, but not anything you’d ever feel compelled to see if-not for this show. From Anchor Bay. 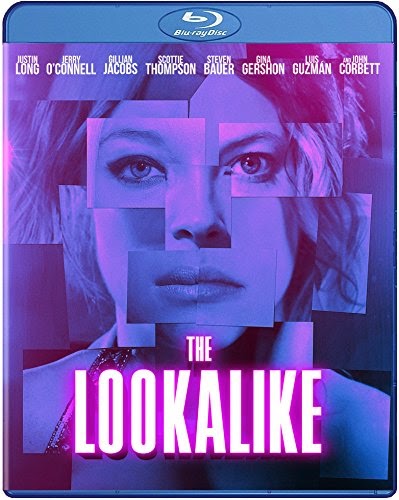 THE LOOKALIKE (Blu-Ray)
A pretty decent cast (including Justin Long, Luis Guzman & Gina Gershon) is largely wasted in this disjointed crime story which juggles too many characters and subplots for its own good. In the right hands, a film like this can be a lot of fun. Here, these characters are simply not interesting enough to care about, resulting in a film that’s kind-of a chore to sit through. It’s well-made on a fairly low budget, but nothing to write home about. From Well Go USA. 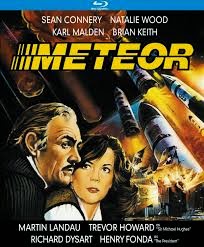 METEOR (Blu-Ray)
Pre-dating Deep Impact and Armageddon, Meteor was one of American International’s few attempts at a big-budget Hollywood blockbuster, but it still looks as cheap as the drive-in fodder from their heyday. Everyone in this all-star cast (Sean Connery included) is slumming here, save for an over-emoting Martin Landau as General Adlon, the obligatory disaster movie antagonist whose job it is to contradict every logical decision made by the hero. Eyes bulging and nostrils flaring, he refuses to believe there’s any real danger, even though entire cities are being taken out by falling rock. It’s a hilarious performance. Other folks showing up for a paycheck include Henry Fonda, Natalie Wood, Karl Malden and Brian Keith, uttering inane lines from a by-the-numbers script totally devoid of any creativity or suspense. In other words, Meteor is a ton of ridiculous fun. From Kino Lorber.
Posted by D.M. Anderson at 4:08 PM