Blu-Ray Review: DUMB AND DUMBER TO 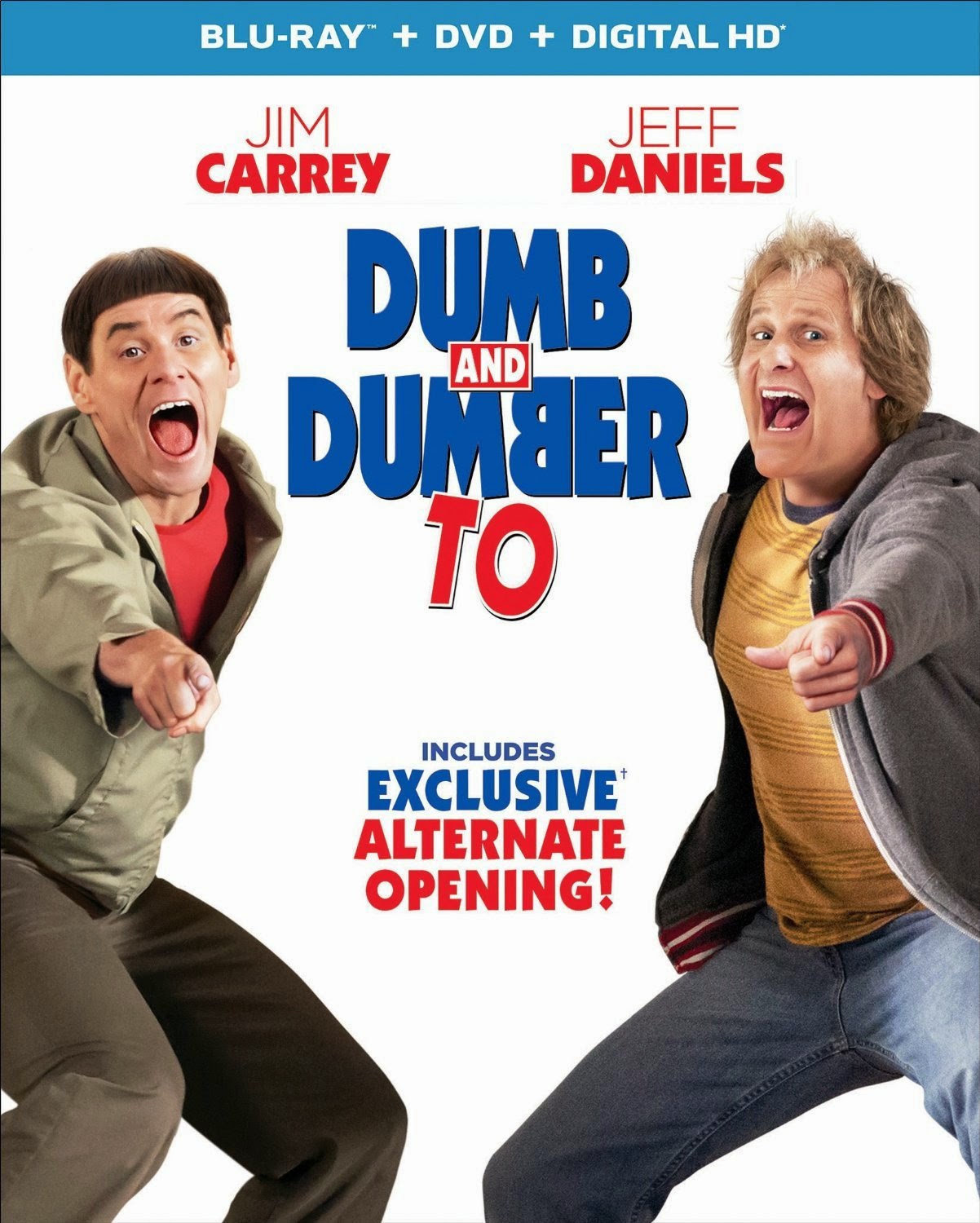 There isn’t much that can be said about Dumb and Dumber To other than, if you loved the original, chances are you’ll be happy with this one. To quote an oft-abused cliché…same shit, different day, only this “day” happens 20 years later. But the interim between may also be the biggest problem with this, the first official sequel.

Good sequels are always a challenge to pull-off; belated sequels even more so. As far as belated comedy sequels go…forget about it. So I suppose it’s a credit to the Farrelly Brothers and Carrey & Daniels that Dumb and Dumber To sticks to the formula…the same two dimwits, another road-trip and as many gross, low-brow gags and un-PC humor as a PG-13 rating will allow. Sure, Carrey and Daniels seem a bit too old and respected to be returning to this schtick, but that’s just nitpicking. Aside from their age, this is practically the same movie as the original Dumb and Dumber.

And here’s where the problem lies. Had this film been made a year or two after the original, it would probably have been considered nearly as fresh and edgy, back when the Farrelly Brothers’ brand of over-the-top humor was still something of a novelty. Since then, we’ve been inundated by countless juvenile comedies (some by the Farrellies themselves) which pushed the envelope of good taste far beyond anything in the original Dumb and Dumber. Unfortunately, Dumb and Dumber To peaks with its very first scene, and uproariously funny bit in which Lloyd commits the penultimate prank and long-time buddy Harry, followed by a catheter gag that’ll have every male viewer squirming in his chair.

After that, the movie is more like a nostalgia trip, relying on the goodwill of the audience who grew up with the first film. Some gags work, some don’t (like any other Farrelly Brothers movie), but this time, we react more with a nod and a smile than shock or belly laughs. After all, we’ve seen this all before. For better or worse, the film gives us exactly what we expect, with no surprises whatsoever. Whether or not that’s a good or bad thing depends on the viewer.

However, one thing is certain…anyone who fondly remembers Dumb and Dumber as a kid will surely want to share this one with their own children (providing you’re willing to explain the ‘peanut butter’ scene to them).