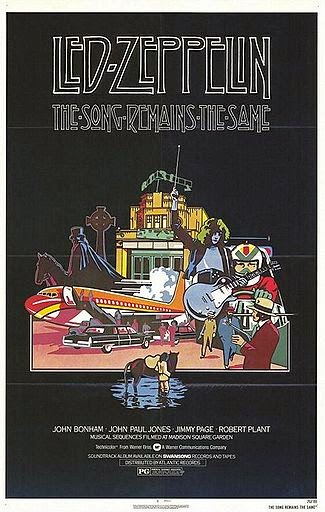 When I was young and stupid, I was willing to try all sorts of new things, including drugs. I’m pretty certain I first smoked pot at 15, when me and two buddies (Clay & Rick) snuck out into the woods with a tiny bag of weed and a pipe Clay swiped from his brother’s room. It didn’t go quite as planned; after the pipe was passed to me, I took a huge hit and started coughing uncontrollably, which is normal for a newbie. But unfortunately, I didn’t take my mouth off the pipe before hacking away. Precious weed poofed from the bowl into the air, lost forever as it drifted to the forest floor. It reminded me of the scene in Annie Hall when Woody Allen sneezed while snorting a line of coke.

Still, Clay and Rick were willing to give me another shot, but when I hit the pipe a second time, the same thing happened.

I thought Rick was gonna strangle me.

But like anything else, the more you do something, the better you get at it, and weed soon became the brain-altering substance of choice among me and my friends. It was easier to score than booze, with no hangover. Not only that, I could come home high as hell and my parents were none the wiser because they’d never been around anyone who was stoned (nor did they know what weed smelled like).

The high lasted longer than “whippets” (sucking the nitrous from whipped cream cans) or “Rush” (a popular inhalant available at head shops), though we indulged in those, too, because making ourselves feel funny was becoming sort of a hobby.

Pot made everything more fun. We’d have dumbass round table discussions about virtually anything (including a mindfucking argument one evening about the tangible definition of ‘nothing‘), and were convinced everything which spewed from our dry-mouths was brilliant. Pot also made cartoons funnier, concerts more rockin' and certain movies more vegetatingly awesome. One time we all climbed into a Rick’s car and drove downtown to catch a midnight showing of Led Zeppelin’s concert film, The Song Remains the Same. Rick was a guitar player and a huge fan of Jimmy Page; the rest of us went along because we were too high to argue. On the other hand, what better snack to munch on when you’re stoned than movie popcorn? It went down far-easier than Cap’n Crunch, and didn't shred the roof of your mouth.

Today, nearly every potential movie blockbuster premieres at midnight on its official release date, which allows movie geeks bragging rights of being the first to see it. But back then, midnight movies were reserved for zealots worshiping at the alter of The Rocky Horror Picture Show (arguably the first cosplayers), or those stoned out of their minds on a Friday night. Hence, most midnight movies consisted of cult-classics tailor-made for those in the wrong frame of mind (such as Monty Python and the Holy Grail, Harold & Maude, Night of the Living Dead, Tommy, Pink Floyd the Wall, Reefer Madness, etc). The Song Remains the Same was another one, and the first midnight movie I ever attended.

Filmed in 1973 (but released in ‘76), The Song Remains the Same is a concert film featuring Led Zeppelin, arguably the biggest band of the decade. It captures their performance at Madison Square Garden, interspersed with cheesy ‘fantasy’ sequences featuring each member of the band. For example, during ‘The Rain Song,’ lead singer Robert Plant is a fair-haired knight rescuing an equally fair-haired maiden; ‘No Quarter’ has bassist/keyboardist John Paul Jones as a masked horseman returning home in the dead of night; drummer John Bonham’s ‘fantasy’ (driving fast and raising a pint with his buddies) assured us he’d be the most fun Zeppelin member to party with. As for Page…his sequence was during ‘Dazed and Confused,’ which could also describe our state-of-mind while watching. I’ll say this much…back in those days, when religious fanatics were certain the Antichrist would rise from the world of heavy metal, seeing Jimmy Page’s fantasy sequence probably convinced legions of Bible thumpers they had just found their Damien Thorn.

These sequences are actually really pretentious (and dialogue-free, a good thing since none of these guys can act), but potentially mind-blowing for anyone of altered-mind. But if you aren’t thoroughly wasted, The Song Remains the Same is a long, lethargic exercise in tedium. Sure, I was stoned when I first watched it, but apparently a few tokes short of truly appreciating the film, because there were several times when I got up to pee or get more popcorn. During John Bonham’s seven-year drum solo, I actually left to take a lengthy crap, and upon my return, he was still banging away on his kit. In a bit of irony, after I took my seat, I noticed that Rick, the one guy who wanted to see this movie in the first place, had fallen asleep.

The second time I watched this movie was in college in 1988, after acid briefly became my drug of choice…

Acid (aka LSD, or 'cid, as we called it) is a weird drug. Unlike pot or cocaine, acid is cheap, non-addictive and your high lasts far beyond the point when you’ve decided you’d like to return to Earth. That’s what makes it kinda scary…a nine hour roller-coaster ride where sleeping-it-off isn’t an option. It also affects people in different ways. Some folks have ‘bad trips’ (hallucinations which make them paranoid), while others have ‘good trips’ (euphoria, feelings of deep, introspective thought...or so they think). Then there are those who swallow blotters of LSD and are chemically-induced to think everything is hilarious.

Whenever I dropped acid (which was actually only three or four times) I always fell under that last category. I think I’m lucky, because I’ve seen people totally lose control of their sanity after dropping a blotter on their tongue. While I have since-emerged from my ‘drug days’ unscathed, there were a few moments when it could have fucked-up my life altogether…

Attending college (the first time, when I majored in partying), I met a girl named Francie, easily the hottest girl to ever express an interest in me. I was actually kind-of stunned when, in a drunken stupor, I asked her out and she said yes. Since Francie initially came-across like a gung-ho party girl, I was under the false impression she’d be cool if I showed up for our second date tripping on acid. I was totally wrong. She was fucking pissed and went home, and called later that night to berate me even further, which I was convinced she did with the sole purpose of ruining my high.

Fortunately, Brian, the guy who dropped blotters with me earlier that night (because doing acid alone is fucking scary), came to my rescue, helping me forget how badly I just fucked things up with Francie. He showed up at my dorm room around midnight with a bag of junk food, beer and a couple of movies he rented from a convenience store just off-campus. We were both still tripping, and began giggling uncontrollably.

The movies he had were This is Spinal Tap and The Song Remains the Same, titles obviously chosen to enhance the moment. I had the good sense to pass on This is Spinal Tap. That movie is funny enough when sober; watching it on acid would likely have made my stomach explode, then I would have laughed myself to death at the sight of my innards spilled all over the floor.

So Led Zeppelin it was, and I was okay with it for awhile. Whenever the bare-chested, rail-thin Robert Plant strutted across the stage, Brian would snark, “Body by 'cid,” which sent us both` into a state of shits ’n giggles every time, like a five year old telling you the same knock-knock joke over and over. Even Bonham’s tedious drum solo becomes fun when you’re flying high enough to ponder if he approaches foreplay with the same Tasmanian Devil-like enthusiasm.

Jimmy Page, however, was an asshole, because he appeared to be the only member of the band totally aware many moviegoers likely ingested the same shit me and Brian did, and wanted to make us pay dearly for it. From his stage moves to his violin-bow solo to his totally fucked-up fantasy sequence, this son-of-a-bitch wanted to hurt us. For a brief period of time, in my state-of-mind, I was in fear for my soul…at least until Brian started laughing uncontrollably at Page’s platform shoes and black & silver bell-bottoms. That snapped me out of my funk, and thank God, because the entire ‘Dazed and Confused’ sequence was really starting to freak me out.

As much a I love and respect the legacy of Led Zeppelin (I actually like them a lot more now, in middle age, than I did back then), The Song Remains the Same is a pretentiously silly part of their canon, one which I like to pretend doesn’t exist, partially because it is pretty stupid, but also because of how it made me feel during some moments in my life I’d like to forget.

By the way, Francie eventually forgave me for that bad night, and we ended up getting married a few years later.