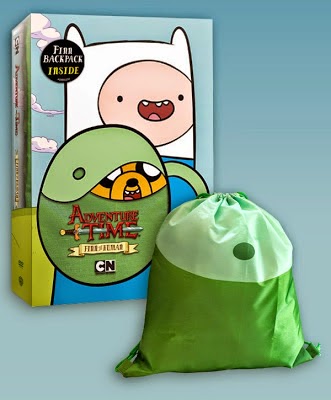 It’s hard not to appreciate a comedic cartoon series populated mostly by mutants in a post-apocalyptic setting. This show is yet another example that television animation aimed at kids is better now than it ever was when I was young. Like the best shows on Nickelodeon, Disney Channel or Cartoon Network, there’s a level of sophisticated, subversive humor in Adventure Time that, while perhaps lost on little kids, has earned the show a deserved cult following.

This single disc is another collection of 16 episodes selected from various seasons (mostly 3 through 6). Though about a third of the episodes have been previously released in season-long boxed sets, it’s a decent, reasonably-priced collection. But the main selling point is, of course, the free nylon backpack included. It looks just like the one Finn wears and is sure to please any young fan of the show.