LUCY Is Coming Home This January 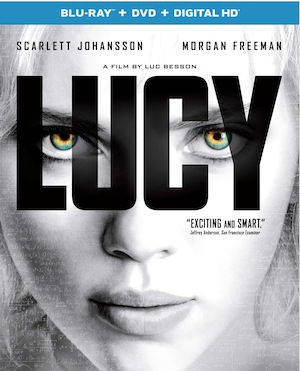 In Lucy, the “exciting and smart” (San Francisco Examiner) #1 action blockbuster by visionary director Luc Besson (La Femme Nikita, The Professional, The Fifth Element), starring Scarlett Johansson (Captain America: The Winter Soldier, The Avengers) and Academy Award® winner Morgan Freeman (The Dark Knight Rises, Oblivion), a woman altered by a dangerous drug that allows her to use 100% of her brain, transforms into a merciless warrior evolved beyond human logic.  Lucy debuts on Blu-ray™ Combo Pack, including Blu-ray™, DVD and Digital HD with UltraViolet™, and On Demand on January 20, 2015 from Universal Pictures Home Entertainment.  Lucy will also be available on Digital HD two weeks earlier on January 6, 2015.

Also featuring Choi Min-Sik (Oldboy, Lady Vengeance) and Amr Waked (Syriana, “House of Saddam”), Lucy is a “heart-pounding, 100% entertaining” (The Wall Street Journal) thriller that explores the possibility of what one person can truly do when the furthest reaches of the mind are accessed.

Bonus Features on Blu-Ray™ and DVD
• CEREBRAL CAPACITY – THE TRUE SCIENCE OF LUCY:  Morgan Freeman serves as guide for fans to dive into the world of Lucy.