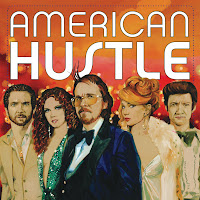 Madison Gate Records and Legacy Recordings, the catalog division of Sony Music Entertainment, are releasing American Hustle - Original Motion Picture Soundtrack, a collection of music from the critically-acclaimed box office hit with ten Oscar-nominations, in a two 12" LP gatefold blue and red colored 150 gram vinyl edition featuring six songs from the movie not included on the CD version. The 12” Vinyl will be available exclusively at independent retailers, as part of Record Store Day’s annual Black Friday event on November 28th, 2014. 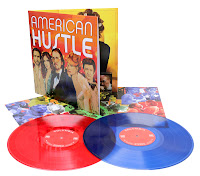 The new 12" 2LP gatefold vinyl release of the album features six songs used in the film, which were not included on the CD.  The exciting new additions to the American Hustle - Original Motion Picture Soundtrack album are songs by Steely Dan ("Dirty Work"), The Temptations (“Papa Was A Rollin’ Stone”), Todd Rundgren ("I Saw The Light"), David Bowie ("The Jean Genie"), Frank Sinatra ("The Coffee Song [They've Got An Awful Lot Of Coffee In Brazil]") and Ella Fitzgerald ("It's De-Lovely").

Director David O. Russell meticulously supervised the creation of this exclusive vinyl edition of the soundtrack, supplying hand-written excerpts from the scrip, unique imagery from the film and artwork to enhance the look and feel of the album’s gatefold and sleeve.