Remaking THE STAND as Four Movies is a Terrible Idea 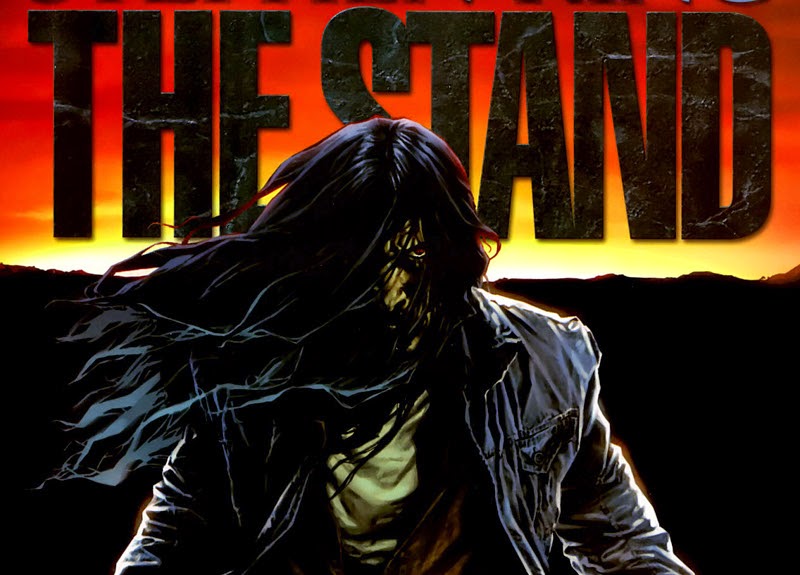 I'm not prone to ranting, but in the case of the greatest story ever told, I must take exception...

Like many die hard fans, The Stand is my favorite Stephen King novel. Its epic scope, apocalyptic setting and dynamic characters (both heroic and villainous) are brilliantly thrown together for the ultimate showdown between good and evil. The original novel was a whopping 800+ pages, yet was a constant page turner worth revisiting again and again. You’d be hard-pressed to meet a King fan content to read it only once.

For the longest time, nearly everything King belched from his typewriter was adapted into a film before the ink on the original manuscript was dry. But The Stand, despite the overwhelming opinion among fans that it was his greatest work, proved to be too daunting. The general consensus was the story was simply too big to be distilled into a single film while still remaining faithful to the novel.

So we eventually got a four-part TV miniseries instead, first broadcast on ABC in 1994. While certainly watchable and more-or-less faithful to the story, this was a watered-down, de-fanged version of The Stand. Though adapted by King himself, it never quite transcended its made-for-TV origins (these were the days when language, extreme violence and expensive visual effects were still frowned upon by network television). The performances by an all-star cast ranged from great (Jamey Sheridan as Randall Flagg) to terrible (Molly Ringwald as Frannie Goldsmith).

When a theatrical remake was announced in 2011, fans were hopeful they’d finally see a full-blooded, unrestrained R-rated version that the novel deserves. Several directors were tentatively attached, such as David Yates, Scott Cooper and Ben Affleck. Warner Brothers (who own the film rights) have-since gone back and forth over how The Stand should be presented, first as a three-part film, then a two-part, then a single three-hour epic to be written & directed by Josh Boone. Most recently, Boone announced Warner now wants The Stand to be divided into four separate films.

As much as I love The Stand and feel Hollywood has-yet to do the novel justice, this is a terrible idea, one I fear is doomed to fail. Personally speaking, they would have been better off adapting it into a single film. Before die-hard King fans come screaming for my head, allow me to explain my reasons:

Chopping up popular novels into two-or-more separate films may be a current trend, but mostly done with young adult novels which appeal to an audience with the most discretionary income…teenagers. Even then, two-parters have been regulated to the final entry of a novel series, after the franchise has already proven to be lucrative. While this practice is obviously a cynical cash-grab in the eyes of the wise, it hooks legions of fans into paying twice the price for a completed story. But The Stand (a 35 year old novel) is not going to have the advantage of a built-in fan base of a previous installment.

The Stand isn’t Harry Potter or Twilight, nor is it part of a series. It’s a dark, violent, stand-alone adult story which, while enduringly popular, was never a pop culture phenomenon on the level of those novels. To do the novel right definitely means earning an R-rating, which eliminates a large portion of those who made even the most blatant example of money-milking, The Hobbit, a successful trilogy. The only way The Stand has a chance to enjoy the same box office numbers over four films is to water the story down to drag in the PG-13 crowd, which ultimately defeats the purpose of remaking it in the first place. And all of this is assuming…

…that Part One will even be any good. A great novel doesn’t always turn out to be a great film (The Bonfire of the Vanities taught us that). The decision to break-up The Stand into four films is based on the conceit that the first one will hit a box-office homerun. But what if it turns out to be terrible and audiences stay away in droves? Or worse yet, what if it’s a masterpiece and audiences still stay away? Either way, where does that leave the remaining three-quarters of the story, at whatever stage of production they’re in at the time? It seems unlikely Warner Brothers would follow through with the saga if the first movie tanks. Speaking of which…

Tentatively, this saga is being placed in the hands of writer/director Josh Boone, best-known for the teen tear-jerker, The Fault in Our Stars. Not to belittle Boone’s talent, but he’s only directed two films (the other being Stuck in Love, a romantic dramedy) and has no experience in the horror genre, let-alone something as epic in scale as The Stand. Granted, none of us have read his screenplay (Warner Brothers allegedly loved his single-film treatment enough to demand a multi-part film), but it’s actually rather shocking a project this ambitious is being entrusted to a relatively unknown director.

If The Stand truly needs to be a multi-part epic, doesn’t it make more sense to go the cable route with HBO, Showtime or AMC? If The Walking Dead taught us nothing else, it’s that the boundaries of acceptable TV violence have effectively been erased. Not only that, one could easily argue that some of the best screen horror in recent years has been on television (American Horror Story, Hannibal, etc). At this point, couldn’t a full-blooded, unadulterated version of The Stand be just as faithfully rendered as a cable series?

As great as the novel is, I’ll be the first to concede it’s arguably a hundred pages too long (and I’m talking about the original 800 page story, not the bloated 1,100 page expanded edition published a decade later). For example, those of you who read the book might remember that it keeps going long after the primary conflict has been resolved. It kind-of peters out with endless chapters of Stu Redman being nursed back to health by Tom Cullen on their long journey back to Boulder. If Warner Brothers follows through on their threat of four films, this means at least the last hour of Part Four would be an anti-climactic bore. As long as the novel is, there’s still not enough material to justify four movies. Which ultimately means…

The Stand really doesn’t really need to be any more than a single stand-alone film. We must remember that novels and cinema are two completely different mediums, regardless of the influence one has over the other. As evidence, I offer Margaret Mitchell’s Gone with the Wind. That novel was well-over a thousand pages, yet Hollywood managed to adapt it into a single three-and-a-half hour epic that perfectly captured its essence. How artfully a story is interpreted is far more important than a scene-for-scene checklist of events (Jaws is another perfect example of this). In the right hands, The Stand would benefit from a similar treatment.
Posted by D.M. Anderson at 9:26 PM