WHO FRAMED ROGER RABBIT and My Personal Jessica 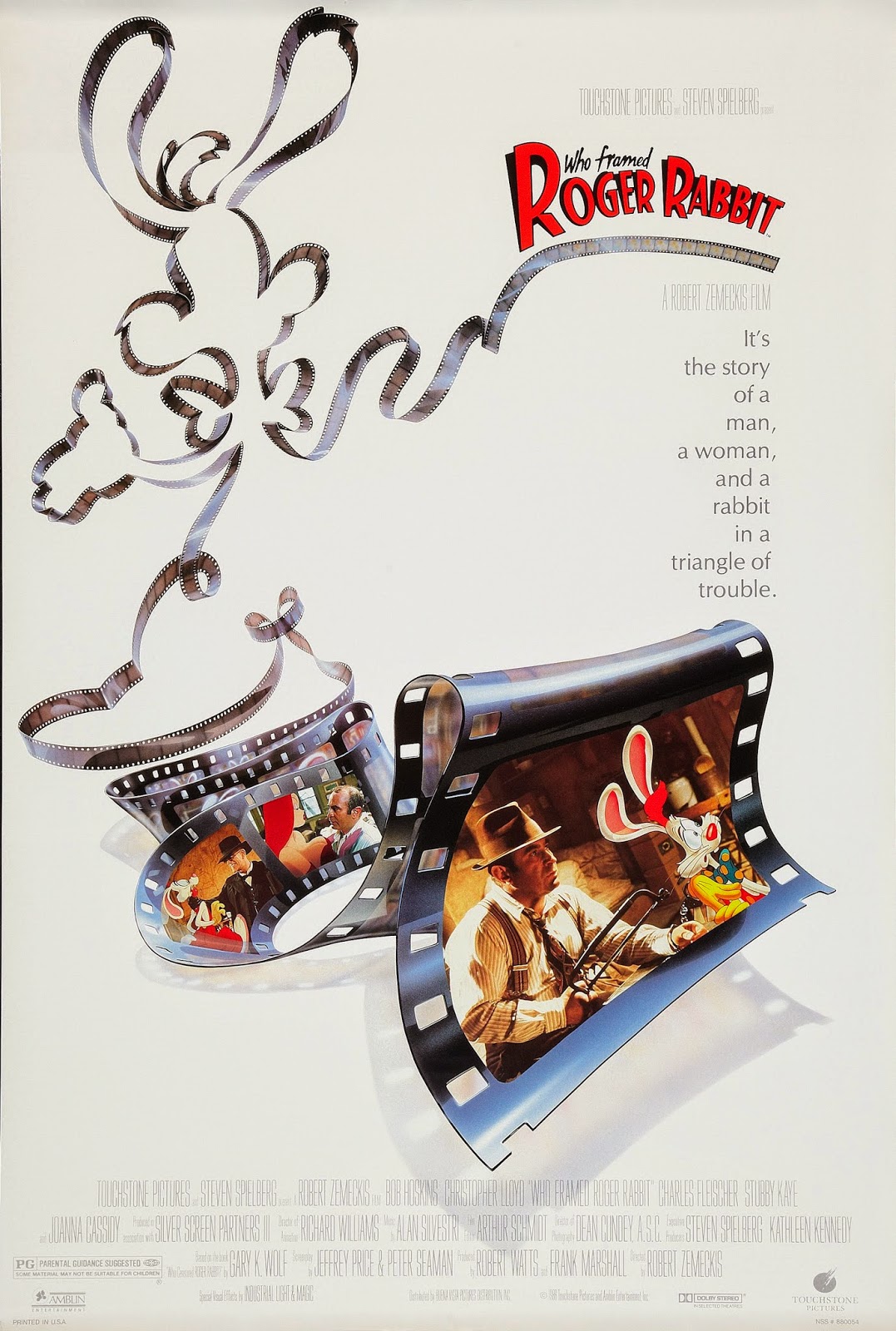 1988, a year when I felt both lucky and inadequate, often at the same time…

I met a girl named Francie, a fun-loving blonde whose classic beauty reminded me of Ann Margaret & Marilyn Monroe rolled up into one, all dolled up in the prerequisite parachute pants and Madonna bustier fashionable in the 80s. For reasons I still can’t fathom, she agreed to go out with me. One date led to another, then another, then another, and before long we were seeing each other exclusively.

Even though I was no slouch, if you saw the two of us back then, you’d have never paired us up. Francie was flirty, perky and always sharply dressed. I, on the other hand, looked like a brooding reject from The Lost Boys. Part of me always felt like she was way out of my league - a feeling which persisted well into our relationship - and it was only a matter of time before she found somebody more worthy of her attention.

At any rate, six months later, it was Halloween and the bar where I worked was hosting its annual costume party. I think it was Francie who thought we should dress-up together, something like Bonnie & Clyde or a pirate and wench. I suggested we go as Roger & Jessica Rabbit, partially because Who Framed Roger Rabbit was the latest in a short list of movies which left me awestricken, but also because Francie was…well, built in all the right places, and she’d have no trouble filling-out a red sequined dress.

Who Framed Roger Rabbit was a watershed movie because I grew up loving classic, theatrically-released animated shorts by Warner Brothers, Disney and MGM, which were far more detailed, fluid and funny than the cheap crap shoved down our throats every Saturday morning in the 70s. Those old cartoons were often violent and politically incorrect, yet stylish, clever and brilliantly animated.

Now these characters were gathered together in a single film, regardless of which studio originally produced them. Bugs & Mickey, Donald & Daffy, Droopy & Goofy…all looking like they did back in the 30s and 40s, sharing scenes with newly created characters like Roger, Jessica & Baby Herman (who also looked like they would have existed in the 30s and 40s).

But Who Framed Roger Rabbit is no simple cartoon. It's a mostly live-action murder mystery taking place in a world where humans and cartoon characters coexist. Bob Hoskins plays Eddie Valliant, a boozing, burned-out private detective originally hired to take scandalous photos of Jessica cheating on Roger with R.K. Maroon, owner of Toontown (where all cartoons live). Things get more complicated when Maroon is murdered. Even though all evidence points to Roger, Eddie soon realizes the rabbit has been set up.

The brilliance of Who Framed Roger Rabbit lies in, not only its concept, but its execution. While combining live-action and animation was nothing new, it had never previously been presented this perfectly. There’s nary a single moment when we aren’t 100% convinced Roger and Eddie aren’t sharing the same space.

Aside from it’s technical achievements, there are other aspects of Who Framed Roger Rabbit which make it a great film. Bob Hoskins deserved (but didn’t receive) an Oscar nomination for performing a majority of his scenes with a character who wasn’t even there; he pulled it off magnificently with the same world-weary cynicism as Humphrey Bogart. Then there’s the screenplay by Jeffrey Price and Peter Seaman, which not only turns the film noir genre on its ear, but is loaded with puns, gags, satire and a dash of sentimentality.

Finally, there’s Jessica Rabbit. Yeah, she’s a composite of every femme fatale from film noirs of the past. Yeah, she’s a cartoon character. Yeah, her physical attributes are exaggerated, to say the least. But she could arguably be the first hand-drawn character in history to ever actually stir the loins of male moviegoers (Kathleen Turner’s sultry voice work helps immeasurably).

If anyone could pull-off that look in the real world for a Halloween party, it was Francie. She was up for it of course, because her sheer self-confidence was one of the many qualities which attracted me to her to begin with. Once she threw on a red wig and squeezed herself into a skin-tight dress we found at Goodwill, Francie was truly Jessica Rabbit come-to-life. As her counterpart, I did my best to be Roger, with rabbit ears, bowtie and suspenders.

Then off we went to the costume party, me trying to pull-off a half-assed attempt at a cartoon character, and Francie’s physical attributes threatening to burst from her dress.

You can guess who was the belle of the ball when we arrived.

Despite the fact everyone (including co-workers) already knew we were a serious couple, they all wanted to talk to her, hang out with her, dance with her. Francie played-up her persona for all it was worth, meaning she didn't have to pay for a single drink the entire night (great for my wallet, bad for my self-esteem). We may have arrived as two characters from the same movie, but unless I clung to Francie’s side, most people assumed I was just a guy who randomly threw together a quick costume in in order to participate. I was relegated to the background, once again feeling like she was way out of my league. Even my best friend at the time spent most of the party in awe of her ample chest, and I don't think anyone in attendance could have told you her eye color either.

After spending most of the evening in a state of heightened anxiety, Francie and I returned home together. I gotta admit her Jessica Rabbit get-up was pretty sexy (something you can't ever say about a grown man wearing rabbit ears). Still, I liked to think, during one of those moments at the party when we weren’t joined at the hip, someone asked her, “What do you see in that guy?” and she simply replied, “He makes me laugh.”

Francie and I have been happily married for over 25 years now, and I still consider myself both lucky and inadequate. We're at the age when we're more into dressing up our kids for Halloween, but she'll always be my Jessica Rabbit.
Posted by D.M. Anderson at 9:56 PM