Blu-Ray Review: I AM ALI 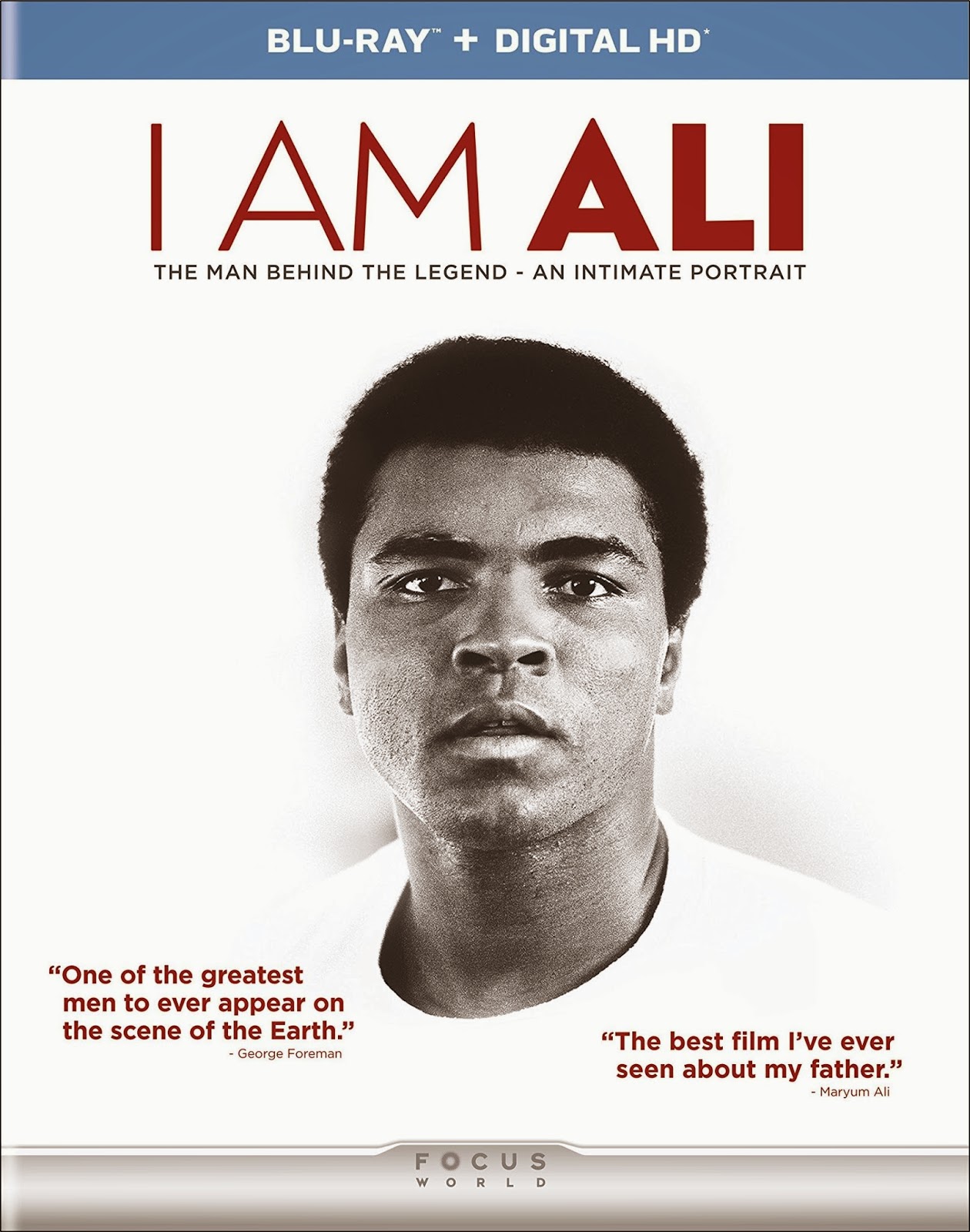 Muhammad Ali is to boxing what Elvis is to rock & roll, dragging a disreputable sport kicking and screaming into mainstream public awareness. He was boxing’s first rock star, a charismatic celebrity who garnered massive attention both in and out of the ring. At the height of his career (the 60s & 70s), Ali was also a polarizing figure. Unlike Elvis, who always came across in public as an aw-shucks good ol’ boy, Ali was brash, egotistical, confrontational and never shied away from controversy due to his religious, political and civil rights views. But regardless of your personal opinion of the man, there's no disputing his status as one of the greatest athletes of all time.

Fan or not, you must admit Muhammad Ali is a fascinating, larger-than-life figure whose story is total Hollywood fodder. We’ve seen dozens of documentaries and dramatic biographies over the years, the best being When We Were Kings, which chronicled his 1974 bout with George Foreman, the worst being The Greatest, starring Ali himself in what amounts to a self-congratulatory vanity project.

I Am Ali falls somewhere in between. It’s technically a documentary, but not a traditional chronicle of his life and career. In fact, Ali himself only appears in archive footage (along with interludes of recorded phone conversations with family members and acquaintances). There’s also surprisingly little footage of his historic bouts. The film consists mostly of vignettes in which those closest to him (ex-wives, sons, daughters, old rivals, former managers, etc) lovingly recall Ali’s glory days and his impact on them personally.

Hence, some of more controversial or negative aspects of his life are fleetingly mentioned, but mostly glossed over, as this is more of a tribute to Ali than a life story. He’s seldom depicted as anything less than legendary, inspirational, saintly and beloved. That’s not necessarily a huge strike against the movie, but it does ultimately end up preaching to the converted. If you’re an Ali fan, this will confirm your love for the man. However, the uninitiated will learn relatively little about what truly made him such a dynamic personality, loved and loathed in equal measures.

Writer/director Clare Lewins deserves some kudos for the bittersweet tone which permeates the film, making us well-aware of the greatness of his achievements, yet sad in the knowledge those days are long gone. Even though he’s still around, we sometimes feel like there’s one less true hero in the world. I Am Ali also looks and sound terrific. Lewins creatively juxtaposes old footage with newly shot locations and interview settings, along with effective use of songs popular during Ali’s glory days.

Ultimately, I Am Ali is an interesting film, featuring scores of entertaining interviews with those who knew him best. But it definitely could have been so much more if it had presented a more unflinching look at all aspects of his life, the good & bad, the ups & downs, the victories & defeats.