Blu-Ray Review: A MOST WANTED MAN 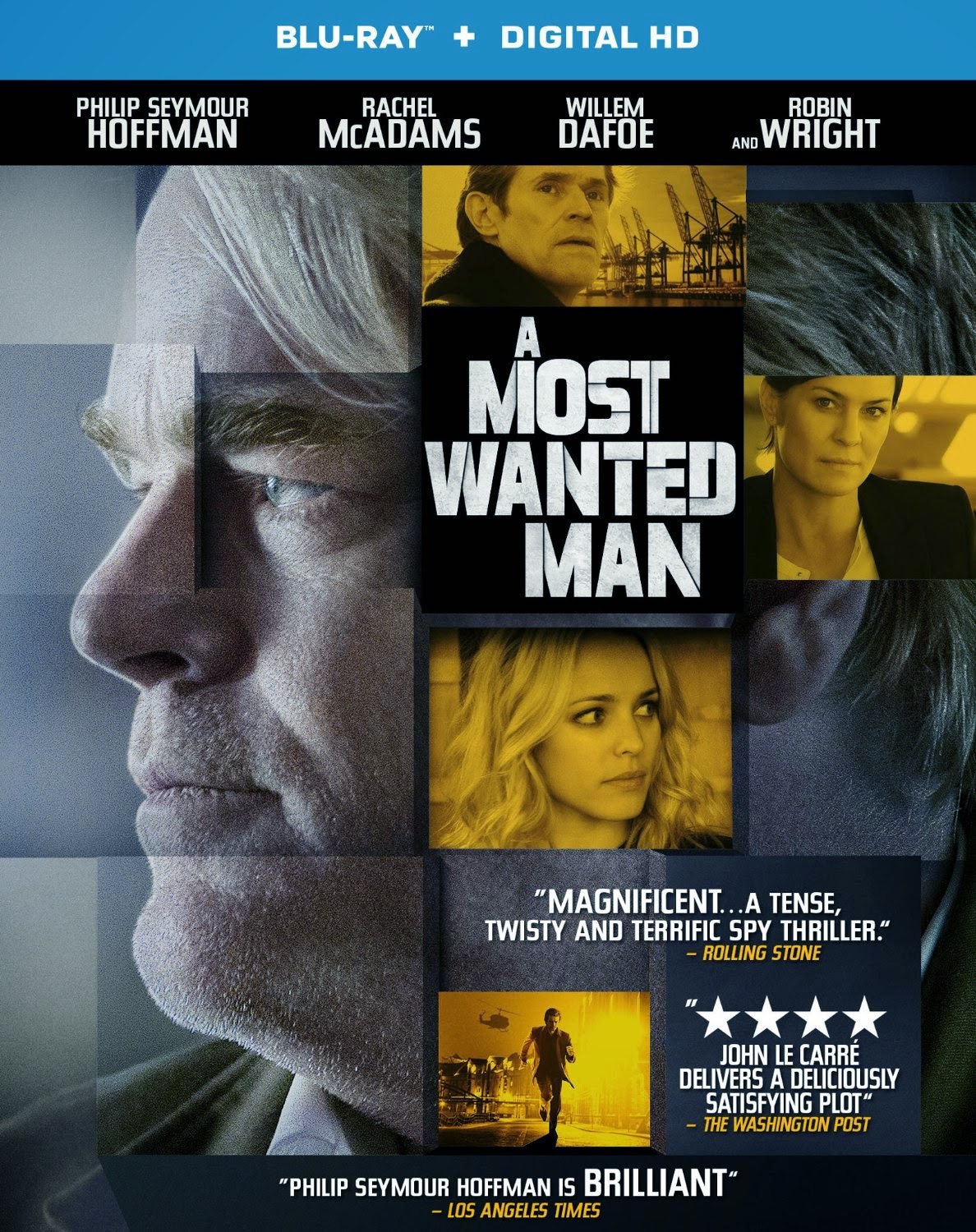 This film is a bit sad, knowing the great Philip Seymour Hoffman died earlier this year and this is his final starring role. The fact we often think about this while watching is also a big strike against it, because while it features note-perfect performances by the entire cast (especially Hoffman), A Most Wanted Man is the kind of movie where admiring how well-crafted it is doesn’t necessarily mean you enjoyed it.

Hoffman plays Gunther Bachmann, a German agent who keeps tabs on the Muslim community in post-9/11 Europe. He has a special interest in Issa Karpov (Grigoriy Dobrygin), an illegal immigrant who may or may not be a terrorist with Al Qaeda connections. With the aid of immigration lawyer Annabel Richtor (Rachel McAdams), Issa stands to inherit his late father’s wealth (money laundered by shady banker Tommy Brue, played by Willem Dafoe), but for what purpose? Bachmann himself is aided (and equally hindered) by American diplomat Martha Sullivan (Robin Wright, who’s nearly unrecognizable).

Like any film based on a John le Carre novel, this film has an ambiguous, labyrinthine plot which requires 100% of your attention the entire time because it spoon-feeds you nothing. But unlike the recent Tinker Tailor Soldier Spy, which was equally low-key & complex but had dynamic characters, A Most Wanted Man doesn’t really provide anyone we can root for or against (and maybe that’s intentional). Since the story requires us to spend a great deal of time just trying to sort everything out, the film ultimately becomes  too exhausting for us to care about these characters anyway, despite each actor bringing their A-game.

Sadly, the final shot also sums up Hoffman's career perfectly. A Most Wanted Man ends as abruptly as his life did, leaving us to wonder what could have come next, yet disappointed in the knowledge we’ll never get to find out.