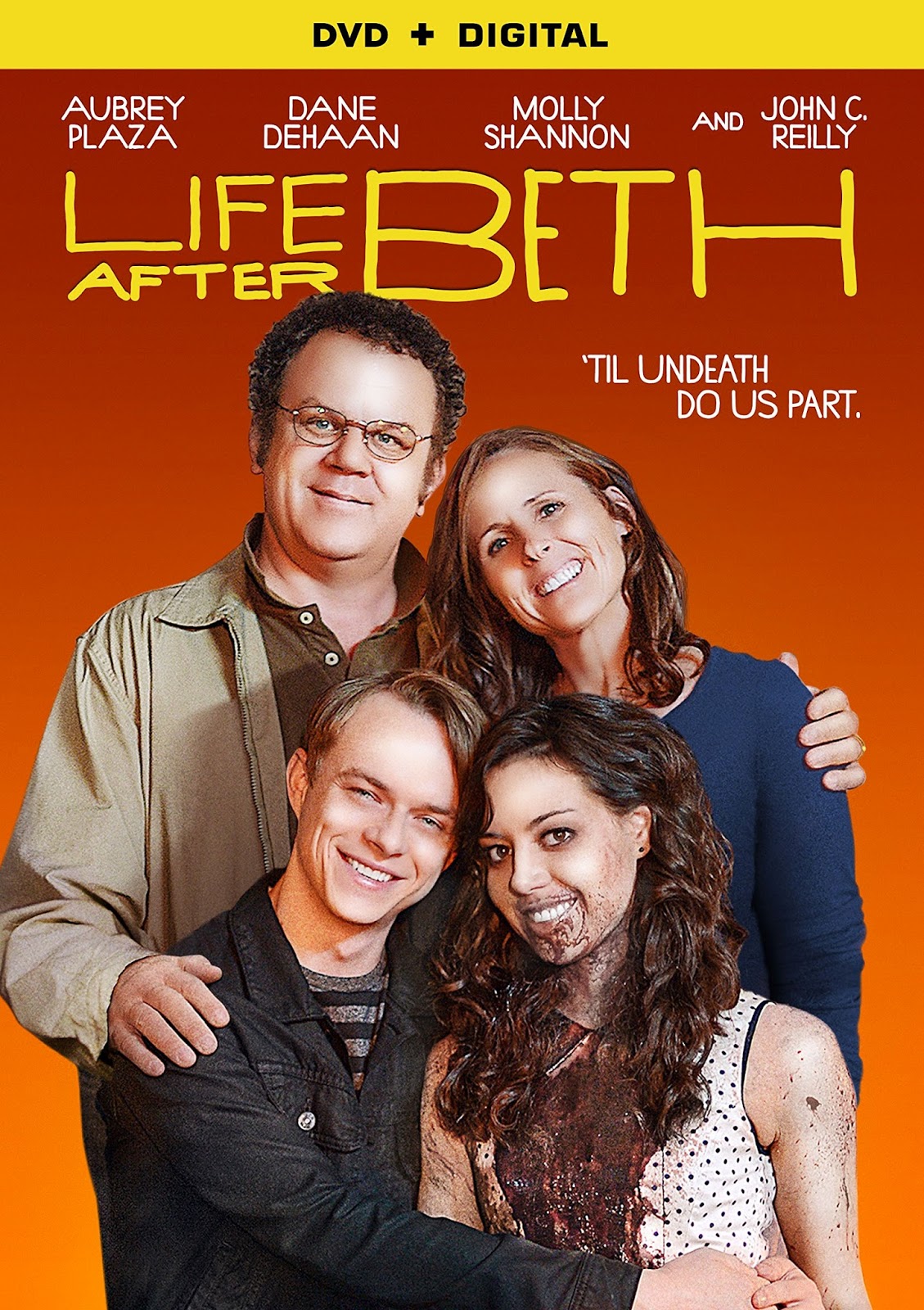 Zom-Coms are a dime-a-dozen these days, but I kinda had my hopes up for this one because of the cast, Dane DeHaan in particular. In the few films I’ve seen him in, he always looks like he’s been awake for days, desperately trying to figure out what’s gone wrong in his life while clinging to his sanity. I find that interesting, making DeHaan the perfect choice for the role of a grieving kid whose girlfriend dies, only to return as a zombie.

Unfortunately, Life After Beth sort-of wastes its impressive cast (including John C. Reilly, Molly Shannon & Aubrey Plaza), saddling them with a story wildly inconsistent in tone, which ultimately might have been better off as a short subject.

DeHaan is Zach, grieving over the recent death of his girlfriend, Beth (Plaza). Zach is closer to the Slocums (Beth’s parents, Maury & Geenie, played by Reilly and Shannon) than his own family, who seem comically indifferent to what he’s going through.

Then Beth returns home as though nothing has happened, with no memory of dying or rising from the dead. Zach wants to tell her the truth so they can move forward in their relationship, but the Slocums are adamantly against it, and try to keep Beth from going outside where she might be seen.

Even though she’s back, Beth isn’t quite her old self. She’s a zombie, of course, prone to fits of violent rage and, eventually, insatiable hunger. Others soon return from the dead as well, and there’s eventually a half-hearted attempt to depict a zombie epidemic. For the most part though, the focus is on Zach coming to the realization that the Beth he knew and loved is gone.

Despite solid performances, Life After Beth only works in fits and starts. There are some great moments of black comedy, such as Geenie’s decision to sate Beth’s hunger by cutting off her own fingers and feeding them to her. Matthew Gray Gubler is also funny as Kyle, Zach’s gun-toting, gung-ho brother. But much of the humor falls rather flat, with way too many scenes where characters resort to screaming at each other in panic as chaos ensures.

Other times, the film tries to be a tragic love story. Zach is vulnerable and charming, but we’re given absolutely no reason why he should care so much about Beth in the first place, since she’s pretty bitchy from the get-go. If she had at-least been likeable at the beginning, her eventual fits of inexplicable rage would have little more emotional impact.

Speaking of which, writer/director Jeff Baena doesn’t really adhere to a specific set of zombie rules. I have no problem with anyone thinking outside the box when depicting the undead, so long as they remain consistent. But here, only Beth is aggressive, destructive and fast on her feet. Although they can speak, the rest are passive and somewhat feeble-minded, shuffling along like the Romero zombies of old.

Life After Beth isn’t a terrible movie, but even running a scant 89 minutes, it often feels padded out. If Baena would have chosen one mood and stuck with it (comedy, tragedy, indie film or straight zombie flick), this would have been a terrific short film.