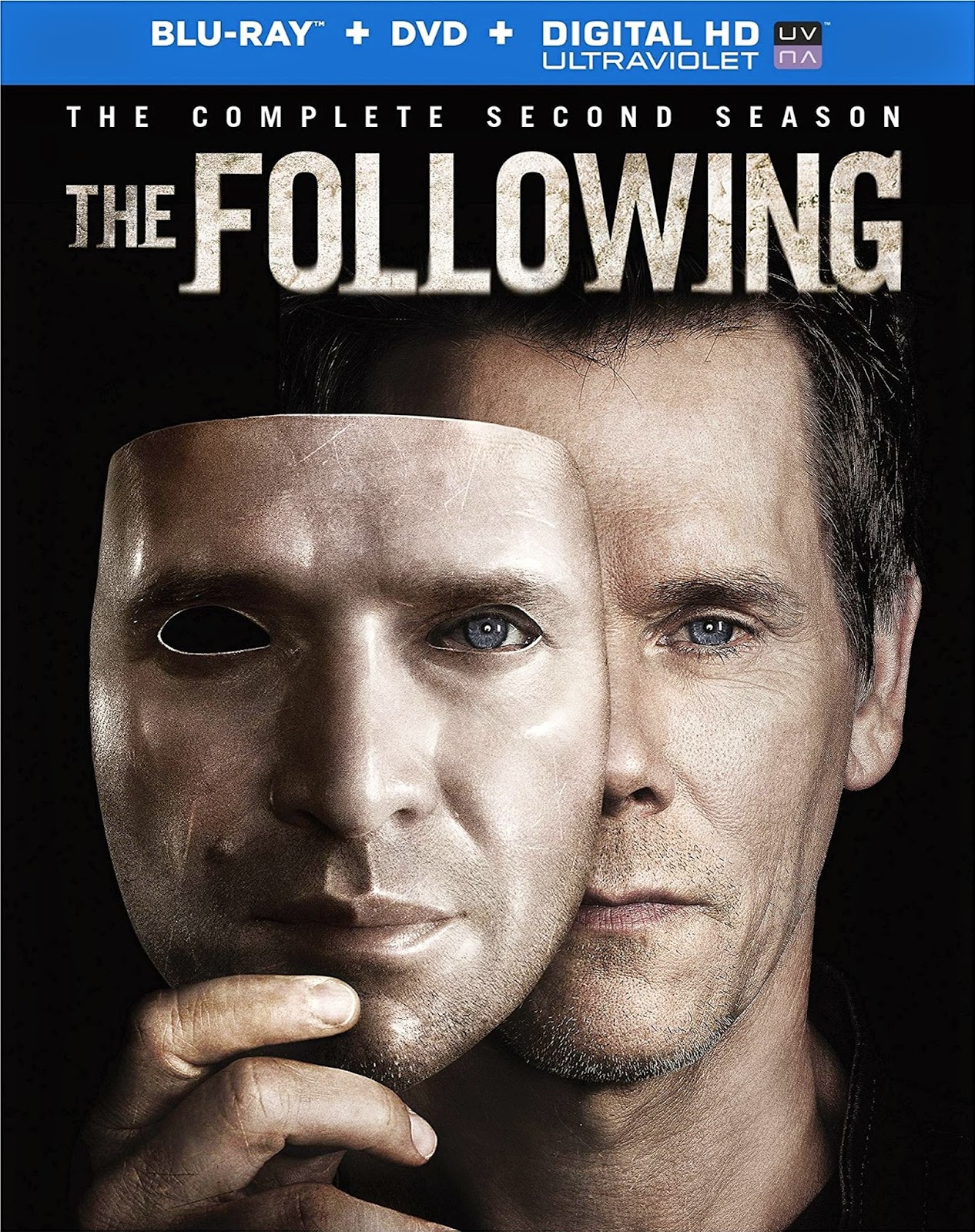 One great thing The Following did at the end of Season One was wrap things up nice and tidy. It still ended with a cliffhanger, but came to a satisfying enough conclusion that, if they never made another episode, you felt you watched a complete story. It’s part of what made 24 so great during its heyday. While The Following is not quite in the same league, the show follows a similar formula. It tells a compelling season-long story, isn’t afraid to kill-off major characters and doesn’t assume the entire world has been keeping up with the show.

And indeed, Season Two does a terrific job bringing everyone up-to-speed before charging ahead.

It’s a year later, and serial killer Joe Carroll (James Purefoy) is presumed dead. Most of his followers are either dead or in custody. Former FBI agent Ryan Hardy (Kevin Bacon), now sober and working as a teacher, has tried to put his past behind him. However, he’s still haunted by the death of Claire (Carroll’s ex-wife whom Hardy had a relationship with).

Then a wave of seemingly random killings occurs, and fingers point to Carroll cultists who are still at large. Carroll’s second in-charge, Emma (Valorie Curry) has been laying low and is pretty certain these killings weren’t committed by anyone she knows. It turns out she’s right, when she meets Luke and Mark, twin disturbingly psychotic teenagers who are doing this at the behest of their mother (a plot turn I won’t give away here).

In a rather far-fetched turn of events, it turns out Carroll isn’t dead after all, which Hardy has suspected for some time, even though the FBI is skeptical, including agent Weston (Shawn Ashmore) and Ryan’s niece, Max (an NYPD cop played by Jessica Stoup). I say far-fetched because a sizable suspension of disbelief is required to truly enjoy this season, even more-so than last year. There are times it seems like Carroll cultists are everywhere, often introduced just to keep the plot twists coming, as exemplified when Carroll insinuates himself upon a religious cult and turns members against each other until he becomes their leader. This group was already a few cans short of a six pack; with Carroll in charge, they’re suddenly bloodthirsty killers.

Season Two makes up for its lapses in logic and convenient plot twists through sheer audacity, amping up the violence, crazy characters and disturbing scenes. By season’s end, The Following must surely hold the record for the highest onscreen body count of any TV show ever made. We see more vicious, brutal stabbings than the entire Friday the 13th franchise combined. Despite a lull in viewer interest during some meandering mid-season episodes, if it's blood is you want, this season delivers.

Bacon (always an underrated actor) is great in the lead role. We feel his desperation the entire time, especially when his character is continually getting shot, stabbed and beaten, yet still remains obsessively focused. Purefoy is also suitably amusing as Carroll (becoming even more like a pseudo-intellectual Hannibal Lector), but he’s totally out-crazied by Sam Underwood, who plays twins Mark and Luke.

Season Two ends on a satisfying note, once again telling a complete story, yet with a coda keeping things wide open for Season Three (coming in January). We’ve seen a ton of twists, a lot of people die and a few characters whose ultimate fates are not-yet clear. All-in-all, not bad for a show with a concept that didn’t initially lend itself to multiple seasons.