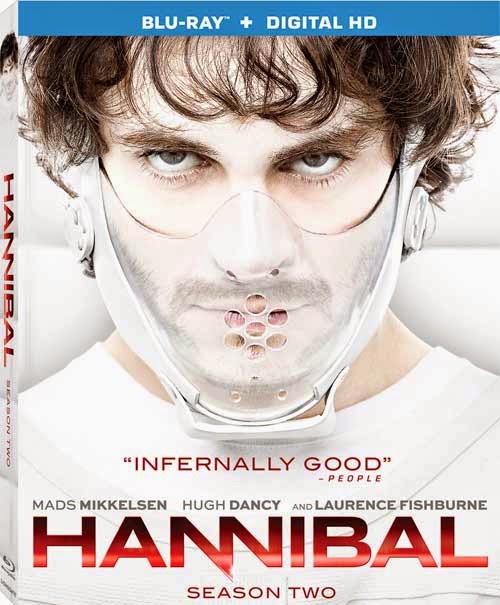 If I were a betting man, I’d have wagered NBC’s attempt to turn the adventures of Hannibal Lecter into a weekly series would go down in TV lore as one of the worst ideas ever (right up there with Joanie Loves Chachi) and unceremoniously canceled after a few episodes. After all, not only is Lecter the most famous and beloved serial killer in movie history, but Anthony Hopkins owns this role just as Sean Connery once owned James Bond. If Hannibal Rising taught us nothing else, it was that nobody cared about Lecter without Hopkins’ icy stare and oily-intellectual delivery. Worst yet, the series starts as an origin story, sans-Hopkins (who's obviously too old), taking place before the events in Thomas Harris’ first Lecter novel, Red Dragon (though featuring many of the same characters). How far could it possibly take a premise we're all well-familiar with?

But lo and behold, Hannibal has managed to stick around for two seasons with a third on the way, and for good reason. The brand name may be familiar, but this is a different animal than any films in the franchise. Sure, it draws its inspiration from Harris’ novels, but the similarities pretty-much end there. Hannibal doesn't achieve the cinematic brilliance of The Silence of the Lambs, nor the over-the-top delirium as the first sequel (sautéed brains, anyone?). This series is darker & moodier, with a tone all its own, suggesting it was never intended as part of the Hannibal Lecter canon, but a different spin on the same characters and premise.

By doing this, Hannibal is able to pay homage to the novels and films without sticking to any established history…characters first-introduced in The Silence of the Lambs may very-well end up dying in this alternate timeline. This also allows us to accept Mads Mikkelsen as the title character. He won't make us forget Hopkins, but like Daniel Craig when he assumed the role of Bond, Mikkelsen puts his own unique stamp on Lecter (not-to-mention he's one creepy-looking mofo). Most of the other main characters, including Hugh Dancy as Will Graham, are well-played but not nearly as dynamic. The one ironic exception may be Raul Esparza as the sleazy Dr. Chilton…his delivery and arrogance is eerily similar to Anthony Heald’s in the original Silence of the Lambs, and just as effective in making us hate the guy.

Season Two definitely depends on the viewer's complete knowledge of the events from Season One. Hannibal is serial TV in the purest sense of the word. That may eventually work against it, but as of now, the show remains fairly compelling, turning the tables by having Graham accused-of and institutionalized for Lecter’s crimes, while Hannibal himself is ironically recruited in Will’s place to assist the FBI in tracking down the Chesapeake Ripper. There are numerous turns and twists as additional familiar characters from Harris' novels appear (or disappear), especially once reinterpreted elements from both Red Dragon and Hannibal (the novel) are slowly weaved into the story

All the while, those who revel in lurid gore will be sated by some truly gruesome imagery (especially coming from a broadcast network program).

Season Two does a surprising good job of extending a concept which I didn’t think would survive past the pilot episode. But by taking Harris’ characters and doing something different with them, Hannibal continues to be, not only watchable, but one of the more darkly-compelling programs currently on TV.