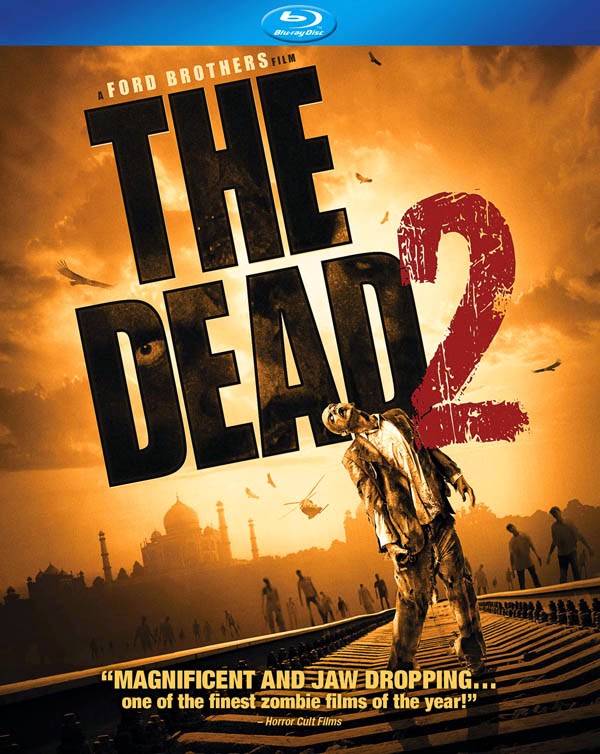 The Ford Brothers’ 2010 zombie film, The Dead, wasn’t exactly groundbreaking. Aside from its unique setting, the African desert, the film added nothing new to an already over-saturated genre. However, it was well-directed, smartly-written and featured better-than-average performances than the usual gut-muncher. Perhaps it's because of this that The Dead developed a small cult following.

This inevitable sequel offers more of the same. In fact, it could almost be considered a remake, only with different characters and a new locale (India). This time, Nicholas Burton (Joseph Millson) is a wind turbine maintenance man working in India when a zombie outbreak occurs. After learning his pregnant girlfriend, Ishani (billed onscreen as Meenu), is trapped in her home, Nicholas must make a 300 mile desert trek to try and save her. Along the way, he saves and befriends Javed, a young orphan whose familiarity with the land proves valuable. Most of the movie’s running time is comprised of this harrowing journey, where these two confront, not only increasing zombie hordes, but thieves and the military (who are shooting anyone who even looks like they’ve been bitten).

Once again, the dead are wisely presented as slow, lumbering creatures whose sheer numbers are scarier than modern Hollywood zombies who can outrun you. Their soulless gazes are especially unnerving, resulting in a few truly creepy moments when they’re hungrily peeking in at our heroes like undead Peeping Toms.

The Dead 2 does so many things right that it’s a shame how quickly it begins to unravel. Like the first film, it’s obvious the Ford Brothers have a loftier agenda than mindless bloodletting (though the violence is still pretty potent). But despite the focus on characters over carnage, the film’s middle act is meandering; there are many scenes which seem unnecessarily padded-out. The dead-serious tone of the film also grows increasingly oppressive, especially a harrowing scene showing Nicholas’ brutal solution to saving a mother and child trapped in a car. Maybe it's because I have kids, but this scene, though totally logical, sucked-away any remaining fun I was having (which was dwindling anyway).

The film falls completely apart at the end, with an abrupt climax which has the viewer wondering if the Ford Brothers simply ran out of ideas, or money, or both. I have no problem with any horror film ending on an ominous note, so long as it’s well-earned. Here, this out-of-the-blue, dark coda feels suspiciously tacked-on, as though the Fords thought a cinema sucker-punch was the best course of action. That’s a shame, really, since the scenario they’ve created could have easily lent itself to a more realistically-optimistic conclusion without cheating hardened horror crowd.

Fans of The Dead might enjoy this rehash. Most of the same elements are here. Still, one can’t help but feel this film would have been better if, instead of telling the same story in a different setting, it provided something new to the proceedings we haven’t seen before. Hence, The Dead 2 is nothing more than a competent-yet-unremarkable zombie survival tale.