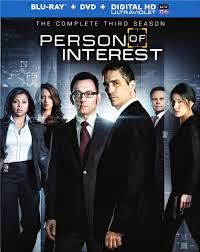 The cool thing about Person of Interest is it has been allowed to grow over three seasons. Recurring characters come and go, others are gradually introduced to become beloved regulars, while the initial core of primary characters become more interesting and endearing as the show moves forward. That’s not to say the viewer will be totally lost if they haven’t seen the program from the beginning. One thing POI has done very well is make certain newcomers are never completely bewildered, mainly by balancing long-running plotlines with stories that are effectively wrapped-up in a single episode.

Jumping-in for the first time at Season Three (as I did), one may feel initially lost, but within just a few episodes, we get a clear-enough picture of the show’s basic concept, ongoing story arcs and character issues, so prior dedication isn’t really required. In fact, with The Machine’s power steadily growing (its overall objective increasingly ominous) and the rogue team’s conflict with the deeply-corrupt NYPD reaching an apex, Season Three might be the perfect time to jump on the bandwagon (this is arguably the most action-filled, twist-laden year so far). Those who’ve been with the show all along will be stunned by two of the season’s biggest bombshells, the untimely death of a major character and the possible existence of another surveillance program similar to The Machine.

Most episodes are intricate, fast-moving and, considering a concept which (we hope!) borders on science fiction, the twists and turns of events at least seem plausible while we’re watching (though probably wouldn’t stand up to much scrutiny). What ultimately makes the show work, however, are the characters, both new and established. Jim Caviezel as Reese, the resident ass-kicker, is solid as usual, but stealing some of his thunder is Sarah Shahi as Shaw, a former CIA assassin introduced in Season Two, now part of the team. Her penchant for solving all problems with guns is an amusing running gag which makes her somewhat endearing (especially the few moments when she actually lets her guard down). On the opposite end of the spectrum, Root (Amy Acker, also introduced in Season Two) plays a darker, more ambiguous role. She aids the team on numerous occasions, but The Machine appears to have bigger plans for her (which even she isn't completely aware of).

For season-long disc sets to be worth buying, they need to be binge-worthy, and after a few early episodes (which do double-duty of keeping continuing story arcs moving forward while bringing newbies up-to-speed), Person of Interest’s third season definitely qualifies. A long-term suspension of disbelief may be required on occasion, but in the end, these characters are fun and most of the stories (both ongoing & self-contained single episodes) are full of unpredictable surprises.