Blu-Ray Giveaway: If You Loved HEAT, You Have to Check-out FIRESTORM 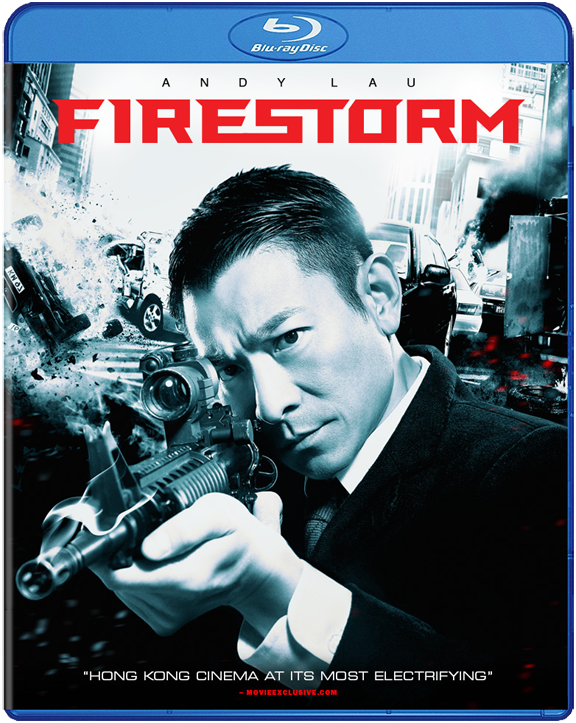 Free Kittens Movie Guide and Well Go USA are giving away Blu-Ray copies of the action packed Hong Kong thriller, Firestorm, to a few of our readers. Don't miss out...simply leave a comment along with your email address. Winners will be randomly chosen, and your email will not be used for any other purpose.
CONTEST ENDS 10/7!

A storm is heading toward the city of Hong Kong, threatening the lives of everyone in its path. As citizens scramble for cover, a crew of seasoned criminals stage a series of armored car heists in broad daylight, showing no mercy to anyone who gets in their way.  Hardboiled police inspector Cao Nam (Andy Lau) has had enough.  He vows to take back his city, but quickly learns that regular police tactics are no match for the thieves’ unmerciful brutality. The more Nam pursues them, the more unhinged he becomes - and the savage confrontation brewing in the streets may leave an aftermath even more horrifying than the devastating effects of nature itself.

“… a relentlessly fiery pyrotechnical spectacle, climaxing with a protracted heavy-artillery shootout that has Hong Kong's central business district literally caving in on itself.”
~ Clarence Tsui, THE HOLLYWOOD REPORTER

"Firestorm is a hell of a lot of fun."
-D.M. Anderson, FREE KITTENS MOVIE GUIDE
Posted by D.M. Anderson at 5:57 PM