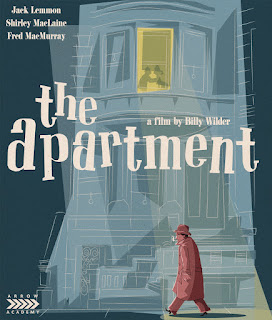 Though I often claim to be well-versed in classic films and their history, I must ruefully confess I'd never seen The Apartment until now (I know, shame on me).

It was simply one of those classics that slipped through the cracks. I picked a good time to remedy that problem, though, because this Blu-Ray edition from Arrow films is damn near perfect. Had I been able to review it during December (when it was released), The Apartment would have had the #1 spot on my 2017 'best-of' list.

Since The Apartment is an unqualified classic, it seems pointless to provide the usual plot summary. Instead, I'll offer my biggest takeaway from seeing it for the first time: Fred MacMurray is a magnificent scumbag.

We all know this is one of Billy Wilder's best films (if not his very best) and Jack Lemmon is as congenially likable as ever - despite his character's questionable attempts to earn a promotion. As for Shirley MacLaine...well, she's cute, though I've never been all that enamored with her and this film didn't change my mind.

But MacMurray? Granted, I've not seen everything the man's ever done, but for the most part, I've always associated him with 'nice guys'. Sure, he was a two-faced weasel in The Caine Mutiny, though not necessarily a villain. But as Baxter's lecherous boss Jeff Sheldrake, MacMurray channels his inner asshole to give us a character who's not simply an awful human being...he's completely indifferent to the pain he causes others. Sheldrake is such a smooth talker that, for the most part, he has those he's duped into believing the utter sincerity of his empty words. It's really a remarkable performance that, quite frankly, I didn't think someone like Fred MacMurray had in him.

Not bad for a guy mostly remembered as an absent-minded professor.

Elsewhere, The Apartment has lost none of its serio-comic charm since it won an Oscar for Best Picture 58 years ago. It's been released on Blu-Ray before, but this Arrow edition is definitely worth the upgrade. It features a beautifully restored picture and is loaded with a slew of bonus features, most of which are either brand new or at-least new to Blu-Ray. They'll give the viewer a renewed appreciation for what's often considered Billy Wilder's crowning achievement. A must-own for any movie fan, perhaps especially those like me, who are arriving late to the party. 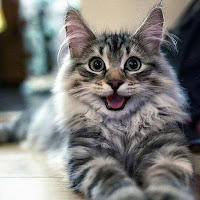 MEE-OW! LIKE BEING TURNED LOOSE IN A BIRD SANCTUARY
Posted by D.M. Anderson at 8:48 PM