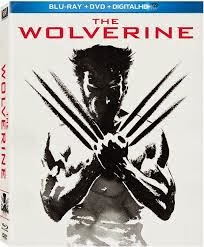 The good news is The Wolverine is much better than X-Men Origins: Wolverine. I know that ain’t saying much, since that movie was all kinds of awful. But this time Marvel was smart by making this a true spin-off of the X-Men series, not just another lazy origins story. This takes place in the current Marvel Universe, with Logan still mourning the loss of Jean Grey as he drifts off the grid, hoping to forget his past.

The problem is, when you’re practically indestructible, people are gonna come looking for you, such as Yashida, the dying Japanese billionaire Logan once saved during the atomic bombing of Nagasaki in WWII. He offers Logan the chance to be mortal, yet what he really wants is to possess the same healing powers. Logan refuses and the old man dies. But at the funeral, Yakuza gangsters attempt to kidnap Yashida’s granddaughter and sole-heir (Mariko), only to be thwarted by Logan, who goes on the lam with her. Meanwhile, it turns out all kinds of people are hunting them down, including Mariko’s dad (not likely to win any ‘Father of the Year’ awards) and Dr. Green, a mutant better known to comic fans as Viper; she’s done something to Logan which inhibits his ability to heal. Because of this, the scenes in which Logan is actually vulnerable create a pretty fair amount of suspense.

Much of the movie’s success rests on the shoulders of Jackman, playing Logan for the fifth time. It’s nice to see Wolverine is as grumpy & cantankerous as ever, even when tortured by recurring nightmares of Jean Grey. And the first twenty minutes of this film are wonderful, where we see him save Yashida and avenge the cruel death of a bear. Another plus is, when the plot and action begin to unfold in Japan, the numerous fight sequences are extremely well done, free of the oft-used hyper-editing that makes it hard for the audience to know what’s going on.

However, the bad news is, even though the film series has established him as a loner, Wolverine is still far more interesting when interacting and bickering with his fellow X-Men. In addition, giving him a totally unnecessary love interest, if even temporarily, kinda goes against the nature of Wolverine and seems forced. Sure, he reluctantly cares about the people in his life, but watching him jump between the sheets with someone obviously half his age is kinda creepy and does nothing to advance the story (we never feel like Logan cares about this woman on the level of Rogue or Jean Grey). Scenes like this are what James Bond movies are for.

Then there’s the climax, which unfortunately, involves a yet-another villain in a robotic suit (who’s inside will surprise no one). Maybe it’s me, but I’m getting a bit tired of watching out-gunned heroes square-off against far-more-advanced foes, only to emerge triumphant by exploiting the villain’s arrogance.

Still, The Wolverine is a violent and action-filled movie that’ll likely please fans of the X-Men series far more than either of the origin films made lately. At this point, Jackman can play Wolverine in his sleep, and he’s always fun to watch. We’d be hard-pressed to accept anyone else in the role.