The following is a list of songs we all know, but were never originally written specifically for the movies. However, because of their inclusion in iconic scenes, it’s difficult not to associate them with the films in which they appear.

“Old Time Rock & Roll” (Bob Seger) - Risky Business
Even though he had much bigger hits, this is arguably Bob Seger’s best-known song, partially because wedding DJs are required by-law to play it once everyone is good and drunk. But many of you, who may have never had the pleasure to witness your shit-faced uncle stagger around in the center of the dance floor, probably picture Tom Cruise dancing in his underwear.

“The End” (The Doors) - Apocalypse Now
The Doors’ most disturbing song provides the perfect introduction to the darkness and nihilism of, not only Francis Ford Coppola’s classic film, but the Vietnam War in general. It’s hard to hear it today without thinking of exploding jungles, ceiling fans and swarms of helicopters.

“Louie, Louie” (The Kingsmen) - Animal House
The song was a classic long before 1979, but just try to hear it today without seeing a beer keg crashing from the upper-story window of a frat-house, or John Belushi slurring the words along with his equally-hammered buddies.

“Stuck in the Middle with You” (Stealers Wheel) - Reservoir Dogs
There were exactly seven official members of the Stealers Wheel fan club when this song (their only hit) was popular in the early 70s. For the rest of us, it's the soundtrack to torture and dismemberment. Kids from that era may have danced to this song like Michael Madsen did in Reservoir Dogs, only they weren’t waving a severed ear around.

“I Will Always Love You” (Dolly Parton) - The Best Little Whorehouse in Texas and The Bodyguard
Dolly Parton originally recorded it in 1973. While it climbed high on the country music charts back then, the song became a crossover hit when she re-recorded it for the film, The Best Little Whorehouse in Texas. But that was nothing compared to the eardrum-shattering version Whitney Houston recorded in 1992 for her film debut in The Bodyguard. Not only is this now considered one of Houston’s signature songs, but if you mention The Bodyguard to anyone today, the rafter-shaking chorus will likely get stuck in their heads for hours.

“The Entertainer” (Scott Joplin) - The Sting
When I was a fourth grade, this tune was a radio hit. Even though most kids my age never saw The Sting at the time, we knew it was featured in the movie, to the point where we assumed the song was called “The Sting.” Ever the purist, my music teacher at the time, Mr. Brown, would politely correct us, stating it was actually “The Entertainer,” composed by Scott Joplin. If he’s still alive, it must frustrate my old teacher that everyone associates this classic little ditty with the Newman/Redford classic.

“Feuding Banjoes” (Arthur “Guitar Boogie” Smith) - Deliverance
This song was re-recorded as “Dueling Banjoes” for the film. I have to think Ol’ Smith would be a bit upset that anyone hearing his song today now picture inbred hillbillies raping fat-assed tourists.

“Miserlou” (Dick Dale) - Pulp Fiction
The genesis of this instrumental actually dates back to the 1920s, but rendered popular - via various arrangements - by surf-guitarist Dick Dale in 1962, when it became a minor hit. Despite its nearly 90 year history, “Miserlou” is widely considered the main title theme to Quentin Tarantino’s Pulp Fiction. In fact, the song is now so-linked with that film that when Yosemite Sam & Elmer Fudd appeared together in black suits and sunglasses in Space Jam, all it took were the opening riffs of “Miserlou” for everyone in the audience to get the joke, whether they saw Pulp Fiction or not.

“Tubular Bells” (Mike Oldfield) - The Exorcist
Who doesn’t associate Mike Oldfield’s haunting, off-kilter piano piece with Satan, pea-soup-spitting bile & crucifix-violating horror? But what’s ultimately interesting about “Tubular Bells” is the piano segment is just a small part of a massive hour-long suite, never originally intended as a horror film soundtrack. In fact, it was actually used pretty sparingly in The Exorcist. Still, this didn’t stop a four-minute cut of “Tubular Bells” from becoming a massive 70s radio hit. Oldfield’s influence is also obvious on the likes of John Carpenter, who truly understood the marriage of music and imagery when he directed and scored Halloween.

“Thus Spoke Zarathustra” (Richard Strauss) - 2001: A Space Odyssey
Has there ever been a piece of music more associated with the grandeur of outer space than this one? Of course not, yet it was composed before the very idea of manned flight was a glint in anyone’s eye. Hearing it now, I doubt there’s a single person who doesn’t immediately envision the overwhelming hugeness of the cosmos…or fat Elvis lumbering onto the Vegas stage in the 70s. 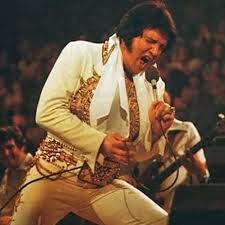