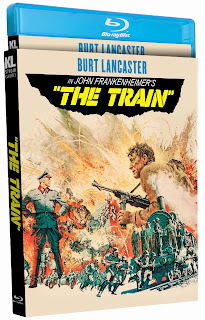 From John Frankenheimer, the acclaimed director of The Manchurian Candidate, Seven Days in May, Seconds, Grand Prix and Black Sunday, comes this action-packed WWII masterpiece starring screen legend Burt Lancaster (Run Silent Run Deep, Elmer Gantry, The Professionals). Paris, August 1944… with the Allied army closing in on German commander and art fanatic Colonel Franz Von Waldheim (Paul Scofield, A Man for All Seasons), he decides to steal a vast collection of rare French paintings and loads them onto a train bound for Berlin. But when a beloved French patriot is murdered while trying to sabotage Von Waldheim’s scheme, Labiche (Lancaster), a stalwart member of the Resistance, vows to stop the train at any cost. Calling upon his vast arsenal of skills, Labiche unleashes a torrent of devastation and destruction—loosened rails, shattered tracks and head-on collisions—in an impassioned, suspense-filled quest for justice, retribution and revenge. Featuring a top-notch score by Maurice Jarre (Doctor Zhivago) and a wonderful supporting performance by screen icon Jeanne Moreau (Viva Maria!), The Train was the fourth of five collaborations between filmmaker Frankenheimer and star Lancaster (in our opinion, one of the best). 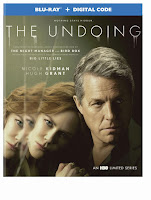 Nothing stays hidden! From Emmy®, Academy Award and Golden Globe-winning director Susanne Bier (“The Night Manager”, Bird Box) and the Emmy® -winning creator of “Big Little Lies,” David E. Kelley and starring Emmy®, Academy Award and Golden Globe-winner Nicole Kidman (HBO’s “Big Little Lies”) and Emmy® nominee and Golden Globe and BAFTA Award winner Hugh Grant (“A Very English Scandal”), comes the highly anticipated six-part limited series, THE UNDOING: AN HBO LIMITED SERIES from Warner Bros. Home Entertainment on Blu-ray and DVD March 23, 2021. Making HBO history as the first Original Series to grow viewership consistently week after week over the course of its season, the thriller will have you on the edge of your seat from start to finish with all six gripping episodes from the fantastic limited series, plus three bonus features including one where the longtime friends and co-stars discuss working together for the first time. 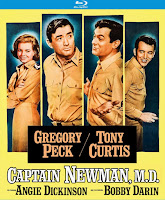 In this rediscovered masterpiece of film noir, Joan Crawford plays a successful playwright who marries a less than stellar actor (Jack Palance) with a troubling secret. She soon discovers that he not only married her for her money but that he plans to murder her with the help of his lover (Gloria Grahame) in a performance The New York Times hailed as “hard, brash and sexy”). Nominated for four Academy Awards®, including Best Actress (Crawford), Best Supporting Actor (Palance) and Best Black & White Cinematography (Charles Lang Jr.), this taut thriller also features a score by Elmer Bernstein that is sure to keep you on the edge of your seat. 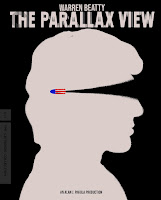 THE PARALLAX VIEW on Blu-ray from Criterion 2/9/21In the second installment of Alan J. Pakula’s celebrated Paranoia Trilogy, he offers a chilling vision of America in the wake of the assassinations of the Kennedys and Martin Luther King Jr. and about to be shocked by Watergate. Three years after witnessing the murder of a leading senator atop Seattle's Space Needle, reporter Joseph Frady (Warren Beatty) begins digging into the mysterious circumstances surrounding the killing—and stumbles into a labyrinthine conspiracy far more sinister than he could have imagined. The Parallax View's coolly stylized, shadow-etched compositions by acclaimed cinematographer Gordon Willis give visual expression to a mood that begins as an anxious whisper and ends as a scream into the void. The disc includes a 4K Restoration, along with the following bonus features: New into by director Alex Cox; Two interviews with Alan J. Pakula; Gordon Willis featurette; Interview with Pakula assistant Jon Boorstin; Essay by critic Nathan Heller.
Posted by D.M. Anderson at 1:59 PM