The Good ‘n’ Bad of WHAT MEN WANT 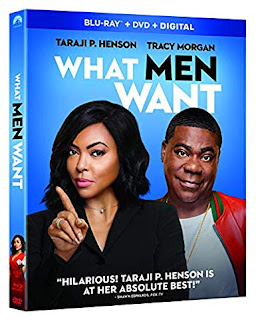 
Review by Stinky the Destroyer😺

Taraji P. Henson is an interesting actress. Whether her characters are assertive or reserved, strong or vulnerable, bitchy or congenial, she regularly delivers convincing performances. And whether she’s the star, supporting character or part of an ensemble, Henson tends to stand out (in a good way). She’s even rendered bad films at-least watchable. Well, maybe not Acrimony.

It’s nice to see Henson finally getting her due as an A-lister and What Men Want seems tailor-made for her, which is both a good and a bad thing.

It’s a good thing because this gender-switched remake of What Women Want allows her to demonstrate her considerable comedic talents as Ali Davis, an abrasive, headstrong sports agent whose sudden ability to hear all men’s thoughts turns her life upside-down. At first, she uses it to her advantage as she tries to sign a young NBA hopeful. But later, when it begins to complicate her life and relationships, Davis begins to engage in the usual self-reflection that comes with movies like this.

It’s also a bad thing because the film itself coasts almost entirely on the performances of Henson and her co-stars. What Men Want is the working definition of formulaic. There isn’t a single character we haven’t seen before, nor one plot turn we don’t see coming from miles away, much like the original (though, as the trailers suggest, this one is far raunchier).

But that doesn’t mean the film doesn’t have some great moments, mostly thanks to the cast (Henson, in particular). After a woefully shaky opening act, the film improves considerably once Ali awakens from a blow to the head with her new ability, leading to some hilarious situations. None of it is particularly clever – or surprising – but the film is generally funny enough that one might forgive the deja vu that hangs over every scene.

Just like the original was a form-fitted vehicle to cash in on Mel Gibson’s charisma, What Men Want does likewise for Taraji P. Henson. As such, it delivers exactly as expected, though nothing more. We’ve seen it all before, but for the most part, the film is congenial, undemanding fun. However, you should probably put the kids to bed, first.