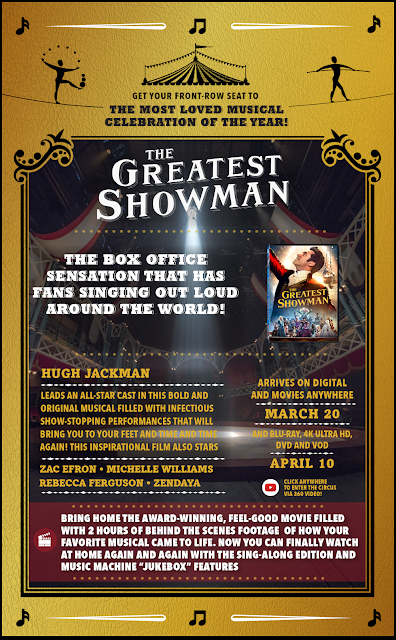 The sleeper hit of 2017 is arriving on Digital 3/20 and Blu-Ray 4/10 from 20th Century Fox. Hugh Jackman leads and all-star cast that includes Zac Efron, Michelle Williams, Rebecca Ferguson and Zendaya. The release will have over two hours behind-the-scenes bonus features, a "sing-along" version and "jukebox" features.

CLICK ANYWHERE ON THE IMAGE ABOVE TO CHECK OUT THE 360 DEGREE VIDEO.