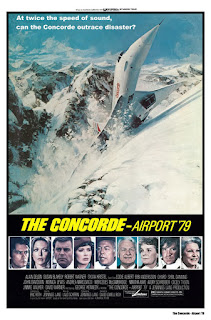 When it comes to forsaking your dignity, how low would you go?

In the distant past, I've occasionally swallowed great gobs of personal dignity, mostly related to my ineptitude when it came to money management. I've crawled back to my parents begging for financial assistance with the promise of paying them back. I've spent nights on friends' sofas after being evicted from my apartment (and showing my gratitude by stealing their food). Out of sheer desperation, I once even sold a $500 electric guitar - and its amplifier - for fifty bucks.

Those are just a few examples I'm willing to share, and sure, sometimes circumstances absolutely require one to temporarily put dignity on the backburner of the sake of survival (okay, okay...I sold the guitar to buy a bag o' weed). Those days may be distant memories, but I still shudder with self-loathing when I think about them.

Some folks reading this might shake their heads and say, "Fuck your dignity. Try standing on the shoulder of a freeway on-ramp holding a cardboard sign for 10 hours." And they'd be right. My own personal dignity would never allow me to beg for the change in your car's cup holder. On the other end of the spectrum, there are people who wouldn't be caught dead behind the wheel of the PT Cruiser I happily drive to work every day. The bar is set different for everybody.

Revisiting The Concorde...Airport '79 offers unique insights on the static nature of dignity.

The film's utter awfulness is legendary, even by disaster movie standards. Rehashing every converging element that makes it such a delightful dumpster fire would be an exercise in redundancy, like shooting a spider with Black Flag after you've already squashed it. But considering the original Airport ignited the popularity of disaster movies in the 70s, it's fittingly ironic that this cheap-jack third sequel would provide one of the biggest nails in the genre's coffin a decade later.

Speaking for forsaking one's dignity, the good folks at Universal Pictures were the kings of not giving a fuck back then, tarnishing their biggest movies by turning them into franchises and squeezing-out every last drop of profit before unceremoniously discarding the carcasses. There was Jaws, of course, which didn't even need one sequel, let alone three. We kept getting Smokey and the Bandit movies long after even Burt Reynolds was wise enough to jump ship. Not even Hitchcock's Psycho was sacred, spawning three sequels and a legendarily-pointless scene-for-scene remake.

Of course, all studios have been guilty of milking franchises for all they're worth, but historically, Universal often took it to another level, even dating back to the golden Hollywood's "golden age". Dracula and Frankenstein are both undisputed classics, but not untouchable enough to stop the studio from cranking out countless cut-rate sequels & spin-offs which shamelessly exploited these characters to the point they began appearing in comedies.

The original Airport, while not exactly a cinematic milestone, was a blockbuster that managed to be entertaining in spite of its soap opera trappings. Universal was apparently well-aware it was cinematic junk food (despite being nominated for 10 Oscars), which is perhaps why all the sequels were prophetically slapped with expiration dates right in their titles. Airport 1975 had TV movie production values that looked ridiculous once The Towering Inferno was released a few months later. Airport '77 appeared quaint compared to Star Wars, which came along that summer to change everything. The Concorde - Airport '79 was so rotten right out of the package that Universal swallowed their remaining dignity and tried to re-market the thing as a comedy. They didn't care, so long as the money kept coming (which it didn't, especially after Airplane! came along to fossilize the entire franchise).

And what of Airport '79's illustrious cast? One of the hallmarks of nearly all disaster movies were their "all-star casts." Even a classic like The Towering Inferno featured a virtual who's who of heavy hitters & has-beens motivated more by profit than pride. Paul Newman famously disliked the movie, but with a $1 million salary plus 7.5% of the box office, he ended up taking home a paycheck nearly as large as Airport '79's entire budget. He might have thought he was forfeiting some of his dignity, but to the rest of us, that just sounds like a damn fine business decision.

But while no actor in history has ever declared their appearance in a disaster movie to be the highlight of their career, just how much pride are you required to swallow to sign-on for a suppository like Airport '79? It's doubtful that anyone other than John Davidson read the script and thought, Wow, this is terrific! So when it came to dignity, I'd wager there was more swallowing on the set of this film than the average porn video. Not everyone, of course. I'm sure soft-core siren Sylvia Kristal was simply grateful to appear in a movie where she kept all her clothes on, and French heartthrob Alain Delon apparently saw Airport '79 as his last opportunity to achieve stardom in America (which makes him stupid, but not shameless). Monica Lewis was married to producer Jennings Lang, so she probably didn't have a choice. As for George Kennedy returning to play Joe Patroni, I'm assuming Universal threw a ton of cash his way to establish the film's only tenuous tie to the rest of the franchise.

But Robert Wagner? Susan Blakely? Eddie Albert? David Warner? Cicely Tyson? Mercedes McCambridge? All of them sacrificed varied amounts of dignity to ride this shame plane. However, none of these folks set their own personal pride bar lower than Martha Raye.

Martha Raye had an impressive film, stage and television career spanning six decades. While never a glamorous starlet or sexy leading lady, she was unassumingly cute and well respected for her singing & comedic talents, though more renowned to a later generation as the old lady in Polident commercials. At age 73, she showed up in Airport '79 after a nine-year absence from the big screen, playing a passenger with an extreme case of incontinence. Seriously, her entire role consists of a singular running gag where her character repeatedly rushes to the restroom in a state of wide-eyed panic. Following a sequence in which the Concorde flies upside-down to avoid being destroyed by a killer drone, she shuffles out of the restroom drenched in toilet water, her soaked old-lady blouse leaving little to the viewer's imagination. Martha has only three or four lines of actual dialogue in the entire film, the last of which is, "The bathroom's broken." It's such a pathetic, demeaning character that, even watching today, it's difficult not to feel a little second-hand embarrassment.

Ms. Raye's dignity-free appearance Airport '79 would pretty-much be her last movie role. Directorial hack David Lowell Rich soon retreated back to his comfort zone, cranking out generic made-for-TV movies nobody remembers. Jennings Lang would later help Universal shit in their own nest yet-again with one of the most unnecessary sequels of all time, The Sting II. Ironically, only Eric Roth, who scribbled the insipid screenplay, moved on to bigger and better things...he eventually wrote or co-wrote Ali, Munich, The Insider, The Curious Case of Benjamin Button and Forrest Gump (for which he won an Oscar).

Like my recollection of the times I was forced to forfeit my own dignity for the sake of shelter, groceries or a bag o' weed, I'll bet Eric looks back at those days and shudders with similar self-loathing.
Posted by D.M. Anderson at 10:43 PM