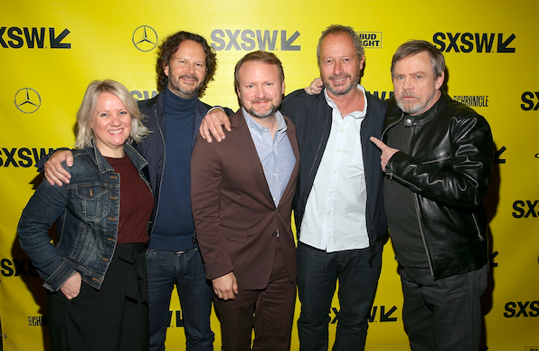 “The Director and the Jedi” premiered today at the Paramount Theatre at SXSW Film Festival today with Mark Hamill, Star Wars: The Last Jedi director Rian Johnson and producer Ram Bergman, and “The Director and the Jedi” director Anthony Wonke and producer Tylie Cox in attendance.  The feature-length documentary is an in-depth bonus feature on the upcoming Digital and Blu-ray release. 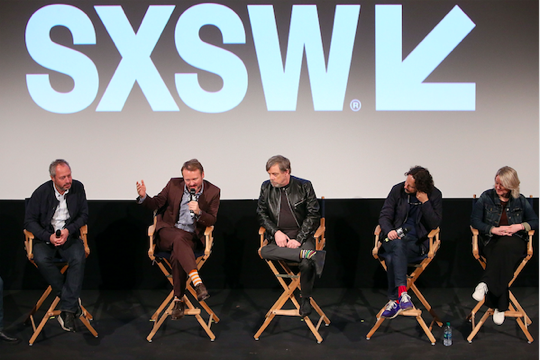