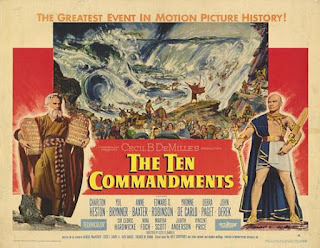 Easter has changed for me over the years.

I'm not even remotely religious and, with the exception of weddings and funerals, my parents never took me to church. For us, Easter was never about the resurrection. If Jesus were to miraculously rise from the dead, I'd be one of those idiots mistaking him for a zombie.

Growing up, it was all about Easter eggs and candy. Lots & lots of candy. My sister & I woke up to baskets filled with bags of our favorites, along with coloring books, a few small toys or a token stuffed animal. The tooth rot didn't stop there, either. Our Easter Bunny was never sadistic enough to hide real eggs around the yard. Dozens of plastic K-mart eggs packed with M&Ms and jelly beans awaited discovery. Sweet treasure spilled into our laps when we popped them open (Mom would keep finding lint-covered candy in the carpet & between cushions for months afterwards).

I always felt sorry for poor little bastards forced to search for real, hard-boiled eggs. The Easter Bunny must've really fucking hated them. Sure, the hunt is still fun, but have you ever met a child who was excited to celebrate a holiday by snacking on poultry products? And no matter how colorful they are, once the novelty has worn off, don't most of hard-boiled eggs simply sit in the fridge until they're too rotten to sneak into your kids' lunch box?

Oh, but then you miss out on the fun of coloring them! Really? Unless vinegar & food dye somehow brings out your inner Claude Monet, coloring eggs is time consuming, messy and smelly. It's a thankless task, which I can attest to when my wife suggested trying traditional eggs one year, coloring two dozen of them late into the night one Easter's eve. Most of 'em ended up in potato salad a week later.

Easter egg hunts lost their allure around the time I turned 13, as it did with my own daughters. There's still candy in abundance, but at my house, candy isn't really exclusive to the holidays. I guess the only difference is, for a few weeks during spring, my M&Ms sport holiday colors and my wife gets her annual fix of Cadbury Creme Eggs. In fact, Easter doesn't really have much meaning in our household at all anymore. We didn't even sit down to a traditional ham dinner this year (since my wife and I are the only two who actually like it).

However, one Easter tradition has remained constant: For as long as I can remember, I've sat down after dinner to watch The Ten Commandments. I'm not sure when that started...maybe as far back as 1973, when ABC began their own tradition of airing it each and every Easter Sunday. For me, the holiday just isn't complete without capping it off with a heaping helping of Hebrew heroics.

I'm almost ashamed to admit that nearly everything I know about The Bible I learned from The Omen, Iron Maiden lyrics and The Ten Commandments. I suppose that's all the churchin' I need since it's gotten me this far, and really, can't all ten commandments be just as effectively summed up with "Don't be an asshole?"

But I don't watch The Ten Commandments every year to reaffirm my faith or remind myself of God's laws. I watch because I've always loved Charlton Heston. Growing up on films like this, Planet of the Apes and The Omega Man, Chuck was my definition of a badass. Ditto Yul Brynner, so it's always fun to watch these two square off. I also watch because, quite frankly Yvonne DeCarlo and Anne Baxter are both smoking hot in this movie, and every year, I'm almost positive I can see Baxter's breasts under that nearly-transparent Egyptian gown. I watch because Hollywood horndog John Derek is not only mesmerizingly awful, it's a perversely amusing reminder that his ultimate legacy would be directing his future fourth wife (Bo Derek, who was born the year The Ten Commandments was released!) in a batch of 80's soft-core sex films.

But mostly, I watch because the whole thing is absolutely epic in the purest sense of the word. The story is epic, the special effects are epic, the characters & costumes are epic. Hell, every single line of dialogue is epic, belted out by a cast that's...well, epic. Whether or not The Ten Commandments qualifies as a great film is certainly debatable (there is a lot of overacting and heavy-handed sermonizing), but it's unarguably Hollywood storytelling on the grandest of scales. As such, it's irresistible.

But lately, two nagging questions have begun to vex me.

First, why is Easter the only day I ever feel compelled to watch The Ten Commandments, even after buying my own DVD copy to avoid sitting through 80 minutes of commercials? If I love the film that much, isn't anytime a good time? Still, during the other 364 days of the year, it just sits on the shelf next to my Holiday Fireplace disc. I don't give the film a single thought until Easter rolls around again, at which time I feel, not only a desire to watch it, but an obligation. Have I been so conditioned by ABC over the years that, even in this day & age of being able to watch virtually any movie ever made with the touch of a button, I'm powerless to make different viewing decision on that particular day?

I've always considered myself an independent thinker, seldom influenced by anyone else's idea of good, bad, popular or culturally relevant, to say nothing of engaging in anything just because a billion dollar corporation dictates it. Yet, since ABC decided decades ago to ring in Easter with The Ten Commandments, the two are synonymous with each other.

But other than being another character in The Bible, the story of Moses has as much to do with Easter as Happy Gilmore. Perhaps the decision was made by the same network executives who decided the Dallas Cowboys must always play on Thanksgiving. After all, what better way to celebrate fucking-over Native Americans than watching football, especially a team called the Cowboys? Maybe the decision to air The Ten Commandments every Easter was just as simplistic: a religious holiday, a movie about God. Yeah, that'll work.

It works for me, anyway. I might just a tad resentful at being manipulated into this annual tradition, but it's one I'll likely continue until I die. It just ain't Easter without The Ten Commandments.
Posted by D.M. Anderson at 3:28 PM