THE OVERLOOK FILM FESTIVAL ANNOUNCES OPENING NIGHT FILM - THE WORLD PREMIERE OF STEPHANIE FROM DIRECTOR AKIVA GOLDSMAN AND BLUMHOUSE PRODUCTIONS WHO PREVIOUSLY COLLABORATED ON THE PARANORMAL ACTIVITY FRANCHISE
Following the Screening of STEPHANIE, Goldsman and Blumhouse Will Unveil and Screen Their Favorite PARANORMAL ACTIVITY Film. 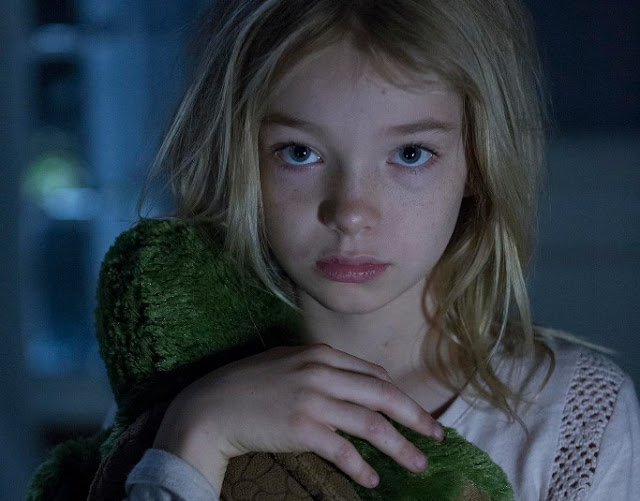 The Overlook Film Festival reveals further details about its line-up today including its Opening Night film - STEPHANIE from Akiva Goldsman, a special screening and its Visionary Award winner. In its first year, the festival is bringing 39 films (22 features and 17 short films from 16 countries) to Mt. Hood's Timberline – the hotel used as the exterior setting of the infamous Overlook Hotel in Stanley Kubrick's masterpiece THE SHINING, located just one hour east of Portland, Oregon.

The Opening Night Selection of the 2017 edition of The Overlook Film Festival will be the world premiere of STEPHANIE, a supernatural horror-thriller from director Akiva Goldsman and Blumhouse Productions. The film is written by Ben Collins and Luke Piotrowski and stars Frank Grillo (Blumhouse's The Purge franchise), Anna Torv (Fringe), and Shree Crooks (American Horror Story, Captain Fantastic). STEPHANIE reunites two forces behind the PARANORMAL ACTIVITY franchise - executive producer Goldsman and Blumhouse. Following the screening of STEPHANIE, Goldsman and Jason Blum will participate in a Q and A and unveil and then screen their favorite PARANORMAL ACTIVITY film.

The festival’s Visionary Award will also be presented to Blumhouse Productions for the company's work with directors like Goldsman on unique, micro-budget genre films. Jason Blum will accept the award on behalf of the company. The Visionary Award was established to honor a contemporary horror figure or company elevating the genre, while fostering the community by providing opportunities for new talent to thrive.

“We couldn't be more pleased to have STEPHANIE as the Opening Night film on this first year of the festival,” said Festival Co-Director Michael Lerman. “With this film, Akiva Goldsman has crafted a horror thriller that's going to take audiences to unexpected places. We're proud to be its site of premiere,” added Festival Co-Director Landon Zakheim.

Stephanie re-unites Blumhouse with Academy Award winning writer and director Akiva Goldsman (director: Winter’s Tale, writer: A Beautiful Mind, The Da Vinci Code, executive producer: the Paranormal Activity franchise) for this supernatural horror-thriller. In the not too distant future, after a global crisis, Stephanie is left alone in her remote home, while a dark supernatural force looms in the background. When her mother and father return to claim her, the malevolent power spins out of control with Stephanie at the center.

The Overlook Film Festival's Visionary Award will be presented to Blumhouse Productions, after which Blum and Goldsman will screen their favorite PARANORMAL ACTIVITY film in the franchise that helped launch Blumhouse.