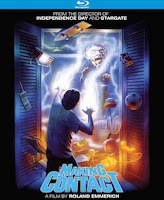 Following the death of his father, nine-year-old Joey finds himself at the center of a frightening series of phenomena, including telekinesis, phone calls from beyond the grave and one very sinister ventriloquist dummy with extremely homicidal instincts. But when the authorities arrive to investigate Joey's gifts, they unknowingly unleash a horrific supernatural force that no scientist can comprehend and only one boy can hope to stop. Roland Emmerich, the director of blockbusters Independence Day, Stargate, The Day After Tomorrow and Universal Soldier, wonderfully directed this haunting shocker. 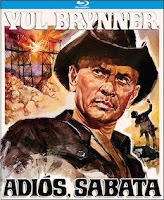 Legendary spaghetti western producer Alberto Grimaldi (The Good, the Bad, and the Ugly) produced this rousing chapter of the Sabata series, which sees screen icon Yul Brynner (Taras Bulba, Invitation to a Gunfighter) stepping into the title character's boots. Under the brutal rule of local garrison leader Colonel Skimmel and European tyranny, a group of Mexican revolutionaries hire gunslinger Sabata (Brynner) to rob a transport of Austrian gold in order to buy weapons. But Colonel Skimmel has other plans, taking the gold for himself and blaming the revolutionaries, but no scheming colonel is going to keep Sabata from earning his pay. Gianfranco Parolini (Sabata, God's Gun) directed this rip-roaring, action-packed western filled with fabulous gadgets and wicked humor. 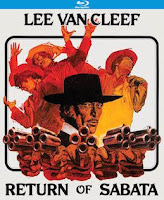 The man with gunsight eyes is back and this time, he's judge, jury and executioner. The great Lee Van Cleef (Death Rides a Horse, Barquero) returns as the famous freewheeling gunslinger Sabata. This third and final go-round for the enigmatic sharpshooter who administers a unique brand of justice in the American West in the years following the Civil War finds Sabata in the role of victim. Sabata's skills as a gambler and thief are unparalleled. However, when a shifty band of desperadoes bilks him out of $5,000, he wants revenge. Legendary producer Alberto Grimaldi (The Good, the Bad and the Ugly) and director Gianfranco Parolini (Sabata, We Are No Angels) took the Sabata series to another level, delivering the best and most action-packed film in the trilogy. 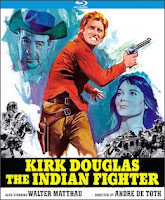 Only one man has the power to stop the war! Screen Legends Kirk Douglas (The Devil's Disciple) and Walter Matthau (The Laughing Policeman) co-star in this exciting account about a man who made his name fighting Indians, but now must use his peacekeeping skills to keep wronged Sioux warriors from massacring a wagon train and a nearby fort. After the Civil War, Johnny Hawks (Douglas), the Indian Fighter, returns to the West and establishes a treaty with the Sioux Indians. But when renegade frontiersmen seeking a legendary Indian gold mine murder the brother of the Sioux chief, tensions escalate, endangering every man in the territory. The great Andre De Toth (Pitfall) directed this action-packed western featuring a stellar cast that includes Lon Chaney Jr. (Big House, U.S.A.), Elsa Martinelli (The Oldest Profession), Alan Hale Jr. (A Man Alone) and Elisha Cook Jr. (I Wake Up Screaming). 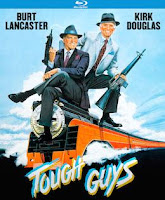 Hollywood legends Burt Lancaster (Elmer Gantry) and Kirk Douglas (The Indian Fighter) star in this upbeat, action-packed comedy adventure. Set free after 30 years in prison, train robbers Harry Doyle (Lancaster) and Archie Long (Douglas) discover that they have a lot of catching up to do as they face the high-tech, new-wave, whirlwind lifestyle of the 1980s. And with crooked cop (Charles Durning, The Rosary Murders) and a myopic hitman (Eli Wallach, The Good, the Bad and the Ugly) hot on their trail, Harry and Archie find the straight life a little too tough to handle. That's when these two old pros start doing what they do best... making plans for their boldest, most explosive train heist ever. Jeff Kanew (Revenge of the Nerds) directed this final teaming of the two screen giants. The wonderful cast also includes Alexis Smith (Night and Day), Dana Carvey (Wayne's World), Darlanne Fluegel (Freeway) and Billy Barty (Foul Play).
www.kinolorber.com