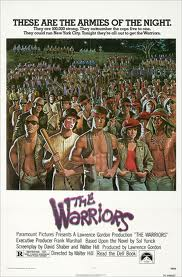 As I write this, the third and final film in Christopher Nolan’s epic Batman trilogy, The Dark Night Rises, is premiering worldwide. It is arguably one of the most anticipated movies of the last decade. As for myself, I haven’t looked more forward to one film since Star Wars Episode I: The Phantom Menace. I’m trying really hard to learn from past mistakes of setting my expectations too high, since The Phantom Menace, although it doesn’t suck nearly as much as internet trolls would have the world believe, was monumentally disappointing.

Anyway, The Dark Knight Rises is currently worldwide news. Unfortunately, it is not because of its projected box-office numbers. During a midnight premiere in Aurora, Colorado, some misguided nutjob walked into a theater where the film was playing and started shooting people. As of this writing, 12 people are dead and another 38 are injured, including some children.

A tragedy, to be sure, but not even twelve hours after the incident, the utter stupidity of the media, Warner Brothers and people in general, came to the fore:

Remember the good old days, when the only real ‘controversy’ surrounding TDKR was a hilariously misguided rant by conservative loony Rush Limbaugh, who claimed the movie’s main villain, Bane, was a liberal slam against republican presidential candidate Mitt Romney? Ah, good times. I’ll bet ol’ Rush was plenty pissed this shooter stole his thunder. Or maybe he was relieved, since what he claimed was so blatantly retarded.

This is why, as a species, people suck. We’re fascinated by tragedy, we react before we think, and create stories based on our assumptions. The media obviously wants to make a connection between what’s onscreen and a lone psycho’s actions, though I’m not sure why. I’m convinced the shooter chose the theater in Aurora because he knew it would be packed, not because a Batman film was playing. This has not stopped the media from automatically including the film’s title in every headline and story as though it were the catalyst for the incident. If this wasn't such a high-profile release, said-movie wouldn't have been relevent at all.

Aside from the obviously tragic loss of life, the sad thing is that, no matter how good or bad the movie is, no matter what box-office records it breaks, The Dark Knight Rises will now be forever-tied to this incident. Years from now, whether or not the film achieves classic status, every book, essay and webpage will likely include at least some mention of this tragedy. The film is tainted now, and as of this writing, most of us haven’t even seen it yet.

And it isn’t the first time this has happened...

Back in 1979, there was a little film called The Warriors, a stylish-but-simplistic movie by Walter Hill about a small Coney Island street gang who are framed for the shooting of a powerful New York gang leader. They are then forced to make their way through New York City, avoiding rival gangs and the police in order to make it back to their home turf, where they will allegedly be safe. It is a long and perilous journey, and several gang members do not make it back alive.

If you have ever seen this movie, you know The Warriors bares absolutely no resemblance to anything in the real world. It’s a romantic cartoon fantasy - almost science fiction - with elaborately-attired gang-bangers whose ‘colors’ are more like Halloween costumes than the uniforms of a real street soldier (in fact, a lot of kids did dress-up like the Baseball Furies for Halloween that year). The violence is mostly - and romantically - choreographed, shot more for dramatic effect than any attempt at realism. The movie is kind-of like West Side Story without the songs, or the movie Kiss should have made instead of Phantom of the Park.

Still, a few real-life gangbangers decided to go see it, but got into a tiff with rivals before or after the movie, and commenced trying to kill each other. There were shootings, as well as a few deaths.

With these few incidents, totally unrelated to the movie itself, The Warriors became the most controversial film of the year. The media jumped all over it, suggesting the film itself was inciting deadly riots. Paramount Pictures, who released the film, reacted by removing all of its TV and radio ads, and eventually started pulling it from theaters. With hindsight, maybe the powers-that-be at Paramount used these incidents to create a high must-see factor for would-be thrill-seekers. If so, it worked, because for a brief time, The Warriors was seen as dangerous.

All this actually helped The Warriors achieve the cult status it now enjoys, because the movie itself is relatively lightweight fluff. The real-life gang-related incidents gave the movie a so-called street-cred it didn’t really warrant, and it was the media who whipped people into a reactionary frenzy. If it weren’t for the actions of a few territorial gang-bangers, The Warriors would have come-and-gone from theaters within a few weeks.

Though paling in comparison to what went down in Denver today, the media itself was ultimately responsible for The Warriors’ somewhat-notorious status it enjoys to this day. Similarly, as I write this, due to the frenzy surrounding the shooting spree in Aurora, The Dark Knight Rises, even if it proves to be a disappointing conclusion to the Batman trilogy, has already achieved legendary status.

Sad to say, but ultimately true.
Posted by D.M. Anderson at 3:36 PM