ZOMBIE: A Review In Verse 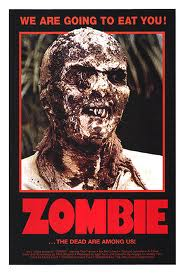 Once upon a time in a land across the sea
There lived an old man who hailed from Italy;
Lucio was his first name, Fulci was his last.
And he liked to make movies quick, cheap and fast.

The job of directing, he thought he understood,
But the truth of the matter is he was never very good;
He tried making comedies and westerns and such,
But none of them boosted his income too much.

For a brief bit of time, he wallowed in despair,
Because he truly loved his directorial chair;
"I need a big hit to establish my name,
But all of my movies are so silly and lame!"

Then one day it hit him like a truckload of bricks...
"If I can't make them laugh, I can sure them real sick!
I'll load-up my movies with violence and gore,
And if I go way too far, I'll throw in some more!"

There was cash to be had in making filmgoers ill,
And required a minimum of directorial skill,
So he drilled, disemboweled and beheaded his actors
Whose thespian skills were secondary factors. 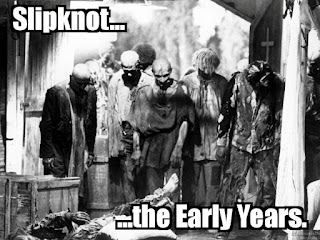 When Fulci made Zombie, it left little doubt
Of the power of gore to one's filmmaking clout;
A rip-off of Romero, many critics have said,
It's oft-hyped as a sequel to Dawn of the Dead.

But the movie itself really offers no such parity
Because Zombie is mostly unintentional hilarity;
The acting is shitty, the dubbed voices a joke,
And just what was the shit the film's editor smoked?

The music sounds like it was composed in a day
On a cheap toy keyboard, with which my kids once played;
There's gratuitous boobies - Yay, boobies! That's great! -
But those who bare boobies meet a nasty-ass fate.

Zombie is a film in which talent is replaced
By split-open skulls and an eye-punctured face;
And though the entire tone of the movie is dark,
There's more comic relief when a ghoul fights a shark.

This is the film that made Fulci a star,
And this was, at the time, his goriest by far;
He's since been called the "Godfather of Gore,"
Though Hershell Gordon Lewis held that title before.

He's got lots of fans who oft-sing all his praises
But there is one vital point that this platitude raises...
The guy had no talent of his own, to be told;
Just a lot of disembowelings for the public to behold.

Fulci’s later films made even less coherent sense;
"My horror is surreal!" was his usual defense.
Folks call him a genius of this type of movie,
But his effects crew are who makes them so groovy.

Fanboys worldwide might be screaming for my head;
To them, I propose another question instead:
If you think he’s so awesome and my opinion stinks,
Then how come the eye-victim in Zombie never blinks? 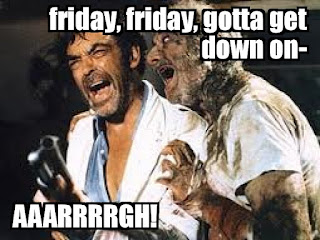