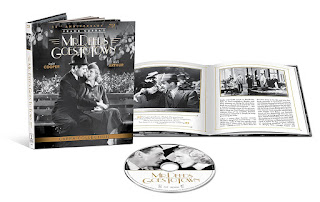 Mr. Deeds Goes To Town is the latest Blu-Ray in Sony’s ongoing Capra Collection. Like last year’s release of You Can’t Take It With You, the film has been beautifully packaged and given an outstanding 4K restoration on Blu-Ray.

As for the film...hey, it’s Frank Capra. He was making 'audience pictures' before it was even a term. Mr. Deeds may not be as universally renowned as It Happened One Night or It’s a Wonderful Life, but it’s yet-another feel-good winner that’s been liberally remade and ripped-off ever since. Gary Cooper won an Oscar as the title character, a meek, simple man from the small town of Mandrake Falls who unexpectedly inherits $20 million after the death of a distant uncle. His uncle’s lawyer, John Cedar, brings Deeds to New York to bilk the poor rube for as much money as he can, as do a host of others.


Meanwhile, Deeds is the talk of the town, mainly because he is presented in the press as an cornpone imbecile by reporter “Babe” Bennett (Jean Harlow), who earned his trust by appealing to his naive & generous nature. What she didn’t count on was falling in love with him, just as her stories begin to ruin his life. When Deeds decides the money is making him miserable, he decides to give it away to farmers in-need. Everyone else after his money assumes he’s crazy and try to have him committed.

Even after 80 years, Mr. Deeds Goes to Town is a sweet, funny film with clever - sometimes rapid-fire - dialogue, likable leads and despicable villains. Like most of Capra’s best films, it has only aged aesthetically. Even then, Sony has done another remarkable job restoring the picture and sound. I doubt the film looked and sounded this good in 1936. This Blu-Ray is a must-own for any Frank Capra fan. 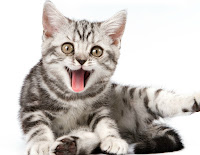 MEE-OW! BETTER THAN A FRESH CAN 'O TUNA