Gear up and strap in for Roger Corman's Death Race 2050 at New York Comic Con! An all new poster will be made exclusively available at NYCC on Thursday, October 6 during an autograph signing with producer Roger Corman and star Manu Bennett. The signing is set to take place from 5:15pm to 6:15pm at Autograph Table 20. 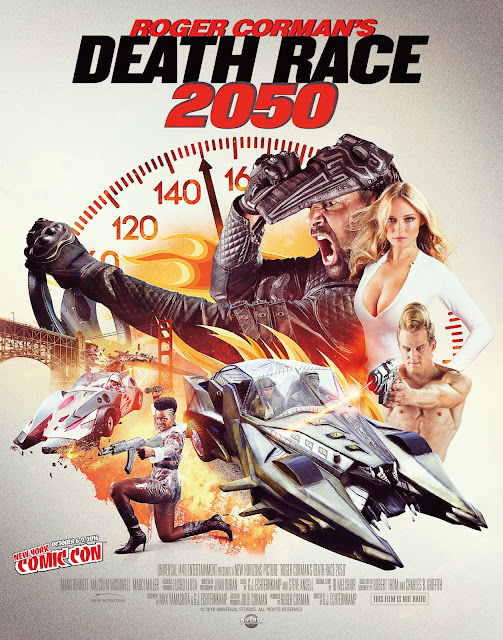 SYNOPSIS
In the not-too-distant future, America is controlled by an all-powerful corporate government that keeps the masses placated with violent virtual-reality entertainment. The event of the year is the Death Race, where a motley assortment of drivers compete in a cross-country road race, scoring points for running down pedestrians and killing each other. The reigning champion and popular favorite is half-man, half-machine Frankenstein — but little does he know he’s taken on a rebel spy as his co-pilot.
Posted by D.M. Anderson at 3:57 PM