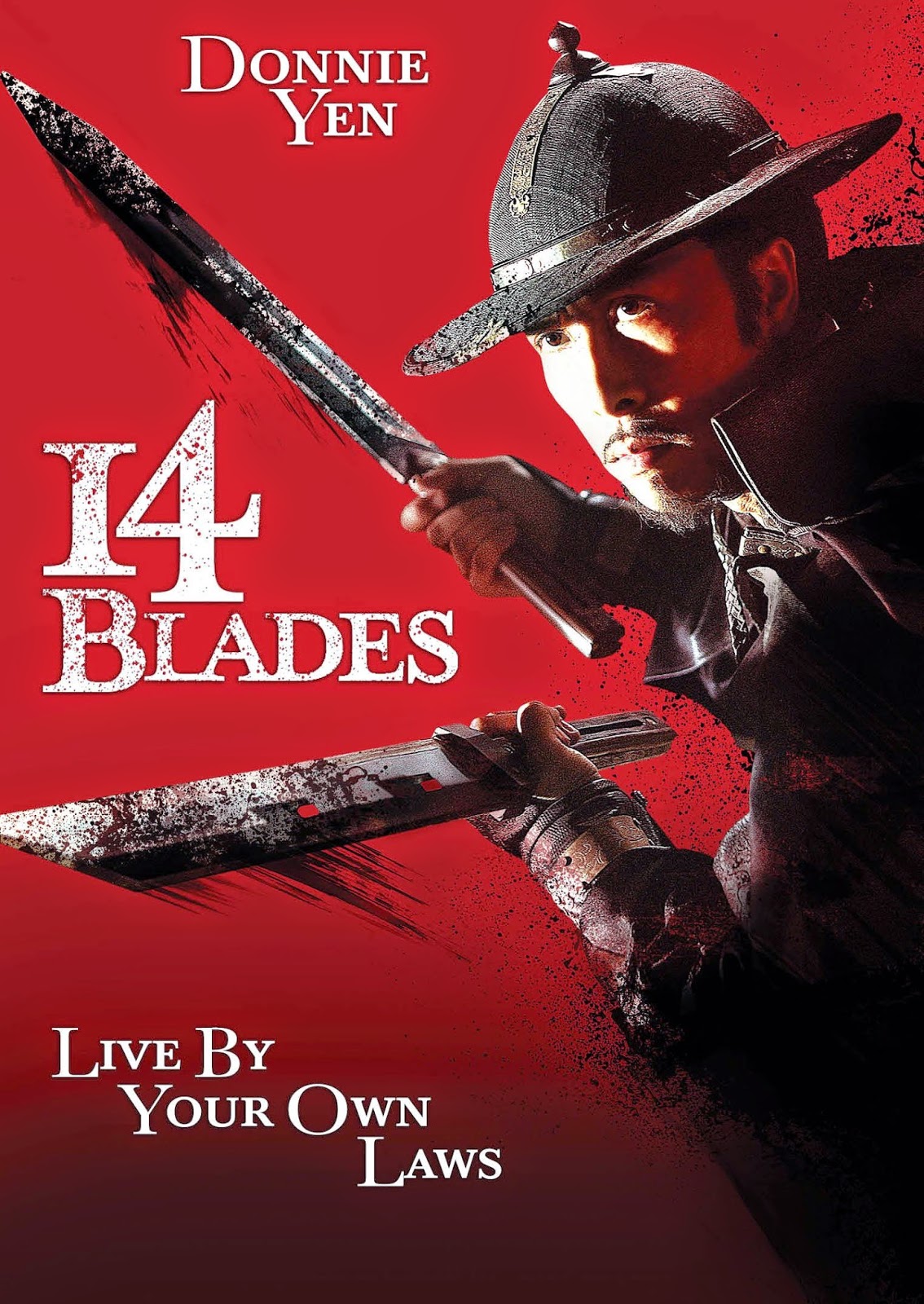 I don’t know a hell of a lot about Asian action stars, but do know Donnie Yen is the real deal. Parlaying his martial arts skills into a successful film career, not only is Yan amazing to watch in action, he’s a pretty decent actor too. Both are on display in abundance in 14 Blades.

Yen plays Qinglong, leader of the Jinywei, the emperor’s legion of killers during the Ming Dynasty. The Jinywei are trained from childhood to maintain peace, carry-out assassinations and do whatever it takes to protect the empire. During a mission to retrieve a sacred box containing evidence of a plot to overthrow the emperor, even though Qinglong is fiercely loyal, he is betrayed by those around him and becomes a fugitive. He’s forced to hire the aid of a group called the Justice Escort Agency and becomes somewhat smitten by its leader’s daughter, Qiao (Zhao Wei). Eventually recruiting the help of a group of desert bandits, the Heaven Eagles Gang, Qinglong attempts to complete his mission and destroy those attempting to take control of the throne.

It’s a convoluted plot further undone by a few too many characters, but once the story is established, 14 Blades is an entertaining journey featuring a lot of action, drama and even a bit of humor. Considering Yen’s inherent physical skills, there are too many scenes which defy the laws of physics tend and to suck the viewer out of the action, especially when Qinglong’s most formidable foe (Tuotuo, played by Kate Tsui) displays almost-supernatural ability when she‘s fighting. Speaking of which, some of the mechanical weaponry on display, impressive as it is, couldn’t have possibly existed during the Ming Dynasty. On the other hand, 14 Blades isn’t a documentary, so why carp?

As for the performances, Yen and Wei display charming chemistry together, he, the jaded warrior who regains a bit of his humanity, she, the initially naïve waif who learns much about the real word in his company. Their scenes together are wonderful. As the leader of the Heaven Eagles Gang, Wu Chun is fitfully-amusing, sort of a Han Solo type who isn’t onscreen nearly enough. The antagonists, however, are perfunctory, one-note caricatures who aren’t nearly as fleshed-out or interesting.

Still, even though some action scenes rely way too heavily on anti-gravity balcony jumping and other physically-impossible stunts, 14 Blades is entertaining enough to please undiscriminating action fans looking for a fun way to kill a few hours.