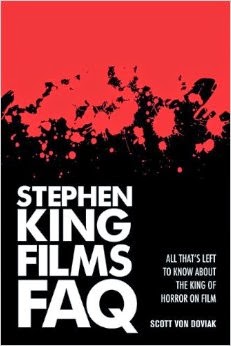 Quite often, when considering reading a book about a particular genre, I skip to the section covering a specific film just get a feel for an author’s style, knowledge and/or opinion. For horror, one of those litmus tests is The Shining because it nearly always receives uninhibited gushing praise as one the greatest horror movies of all time (an opinion I do not share, by the way). Authors who worship at the alters of Stephen King & Kubrick Almighty are a dime a dozen, and more often than not, they seldom have anything new to say.

But Scott Von Doviak, a King fan his entire life, examines both the novel and film quite thoroughly, with detailed back-stories of how both were conceived. He compares and contrasts King’s and Kubrick’s versions of the same story before acknowledging that, while The Shining may be a landmark film (albeit belatedly), it’s also a complete bastardization of a far more terrifying book. With that chapter, Von Doviak had me hooked. Not only does he know his stuff, I’d likely learn some new and interesting things about all the films based on King’s work (probably its own genre by now).

In Stephen King Films FAQ, part of Applause Books’ ongoing series, Von Doviak briefly covers horror’s inauspicious beginnings in both literature and film (acknowledging King’s influences) before delving into a mostly-chronological history of every movie, miniseries, TV show and short subject ever based on one of his novels or stories. We learn how each project got off the ground, its success or failure (both creatively and financially) and detailed comparisons to the original stories. Especially cool are the sections discussing King’s influence on Hollywood & pop culture, especially during the 80s, when studios were cranking out damn-near anything with his name on it, regardless of the quality (shame on you, Dino De Laurentiis).

Von Doviak gives his own two-cents of these films (though it had no impact on my critique of his book, I was surprised how often I agreed with him). But even when voicing his personal praise or disdain of a particular film, like the best critics, he’s able to remain objective enough to find something faulty or redeeming in nearly all of them (with the possible exception of Children of the Corn…a film which sucks no matter how you slice it). Nor does the author let his love of King stand in the way of acknowledging some of the man’s novels and stories aren’t all that great.

If you’re a Stephen King fan or a lover of horror films (the good, the bad and the ugly), Stephen King Films FAQ is a terrific read, whether plowing through it cover-to-cover or picking out chapters which most interest you. Either way, you’ll be convinced you’re reading the work of a true expert. Even if you may not always agree with Von Doviak's assessments, there’s no doubt about his knowledge on the subject. 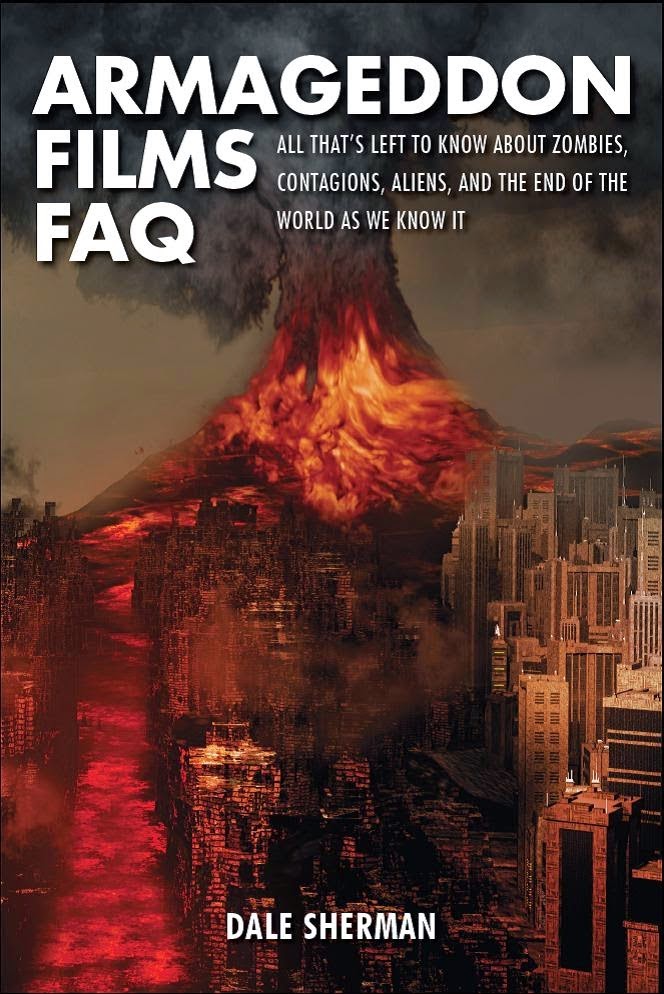 Reading this book shortly after David J. Moore’s World Gone Wild, which tackles the same genre, I can’t help but make some comparisons…

While covering some of the same movies, Armageddon Films FAQ is more academic in its approach, written by Dale Sherman as a historical analysis of films in which the fate of the world is at stake. Like Stephen King films FAQ, this book briefly covers the history of apocalyptic fiction before delving into the movies themselves. But unlike that book, this one is not chronological. The end of the world is divided in sub-categories...natural disasters, pandemics, zombie outbreaks, alien invasions, nature run amok and everything in between. In some cases, such as H.G. Welles’ War of the Worlds, every filmed version of the story make-ups one chapter, and Sherman goes into great detail comparing and contrasting each in relation to the source novel. He also makes sure to include lists of other films with a similar theme. This book may not be as all-encompassing as World Gone Wild, but the films included are discussed in far greater detail, including their impact on the genre and the cultural climate when they were first released. Hence, we get a more informative look into Fail Safe vs. Dr. Strangelove (two films with the same plot, released by the same studio, yet totally different in tone and audience impact).

Sherman mostly remains quite objective, often content to summarize films before delving into their impact and influence. He occasionally lets his personal opinions apparent, but not often (when he does, it’s often entertainingly cheeky). Because of this more analytical approach, Armageddon Films FAQ sometimes reads more like a textbook. Sherman’s knowledge is seldom be called into question, but sometimes his writing style is a little too academic, making the book an occasional chore to plow through if read cover-to-cover.

However, fans will still likely discover a lot of things they didn’t know about their favorite films from this genre (the back-stories behind some of these classics are truly fascinating).