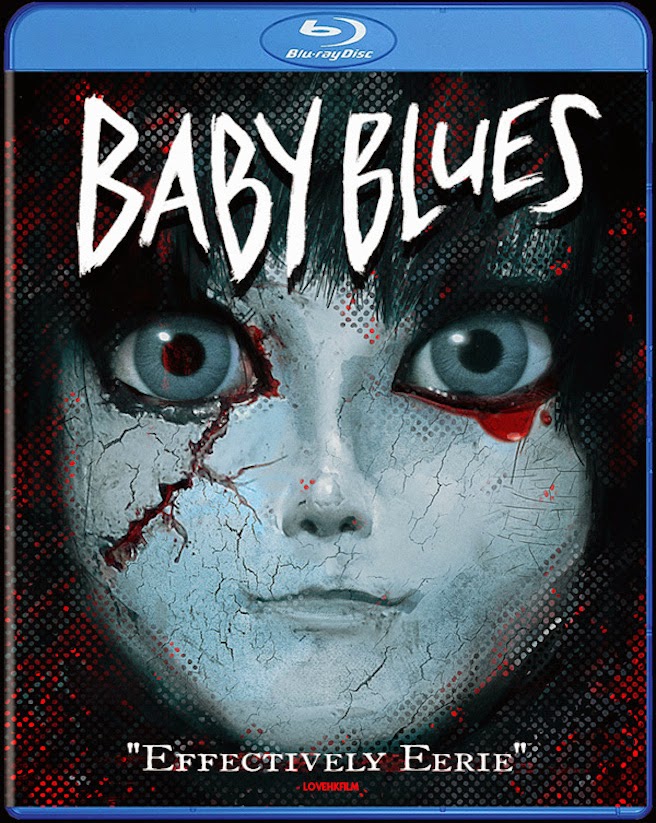 Though dolls have been prominent horror movie fixtures for decades, rendering them truly scary is definitely a challenge. Arguably the best example is the 1945 anthology film, Dead of Night, with its still-terrifying segment featuring a man at-odds with his ventriloquist dummy, followed closely by the classic made-for-TV film, Trilogy of Terror. The original Child’s Play has its moments, but ultimately succumbs to high camp by trying too hard to make Chucky an iconic killer on par with Freddy Krueger.

It takes a skilled hand to make an inanimate object a worthy subject of horror, which is not on display in Baby Blues, a Chinese film which has a few good moments (especially a truly-disturbing and surreal dream sequence), but is mostly a mixed bag of missed opportunities.

Hao and Tian Qing are a young couple who move into a new home with a dark past. Left behind was a creepy doll which looks a lot like a latter day Michael Jackson and Tian takes a liking to. Soon after, weird things start happening. Hao, a songwriter who’s been suffering from a bout of writer’s block, is suddenly inspired to write tunes about death for the pop stars he works for. We’re made to believe the doll itself is responsible, especially when strange ‘accidents’ start to occur. However, that plotline is dropped entirely once Tian gets pregnant and gives birth to twins, one of whom dies. Suffering from postpartum depression, she substitutes the doll (named Jimmy) for her lost child, treating it as though it were her own. Eventually, Hao and his sister-in-law learn of sinister events which had previously occurred in the house, and basically confirms what the film already told us early on…that Jimmy is the culprit behind everything.

What’s ultimately disappointing is a pretty decent psychological thriller could be made from this premise, such as Tian’s psychosis being the true source of terror, not a demon-possessed doll. Better yet, how about making it totally ambiguous whether or not this is a supernatural event at all? The film totally drops the ball in the final act when we actually see the doll moving on its own, since watching him scoot-around the house is more laugh-inducing than scary.