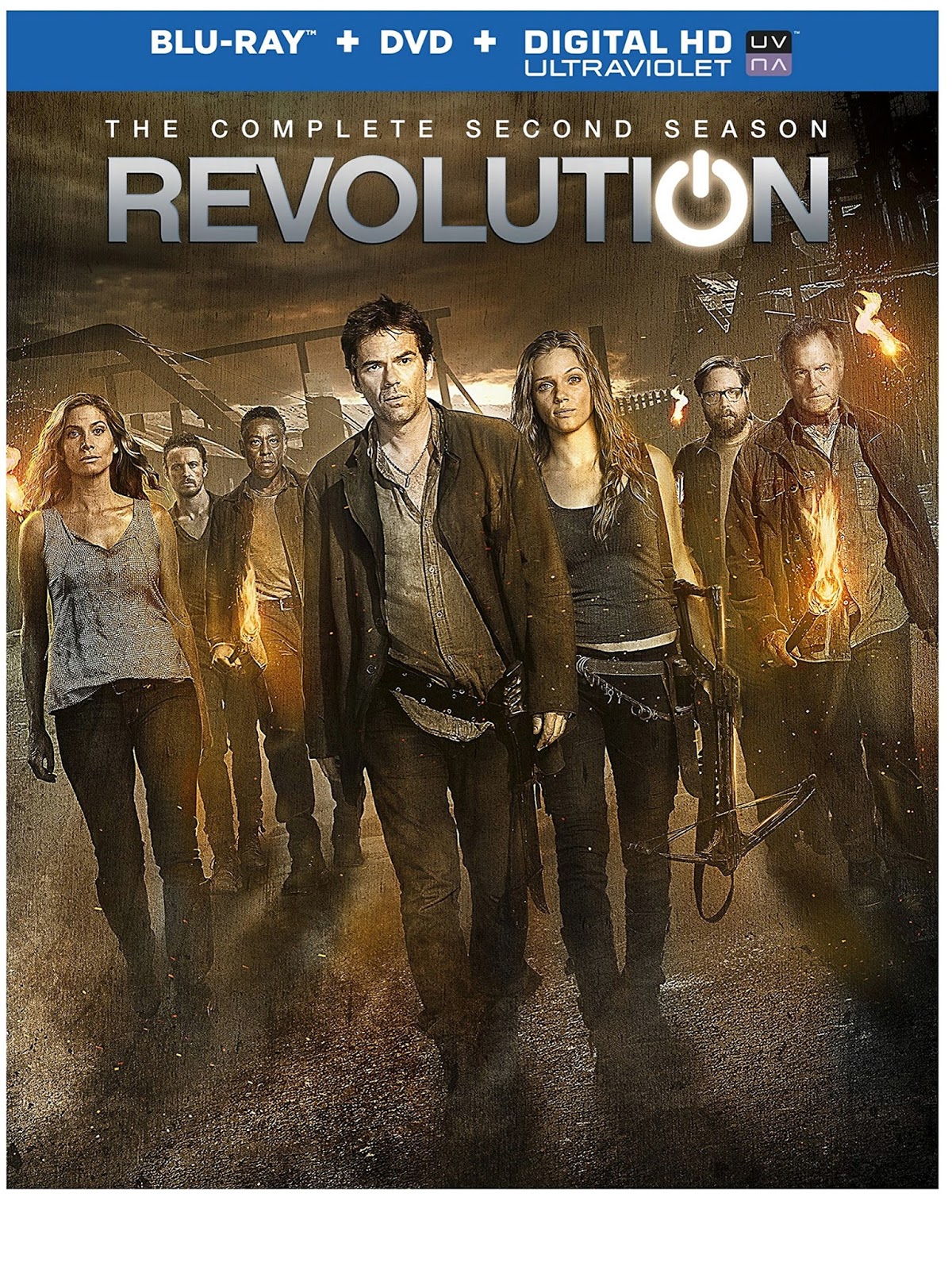 Have you ever opened a fresh can of Pringles, then before you know it, you’ve wolfed them all down and you’re sadly left with an empty can? To make things worse, what if you discovered those delectably-stacked chips you were shoving into your mouth three-at-a-time were actually the last Pringles on Earth?

When NBC decided to renew this post-apocalypse soap opera for a second season, I was pleased because season one was surprisingly gritty, dark and compulsively watchable (especially on disc, without the intrusive commercials). I was also curious how they would be able to take its premise much further than they already had without lapsing into redundancy, which has ruined other initially-compelling shows like Under the Dome and Prison Break.

Alas, Revolution stumbled in the ratings and was unceremoniously canceled at the end of season two. I might be a guilty of contributing to its demise because I didn’t tune in to a single episode on NBC, mainly because I got spoiled, gorging on the season one Blu-Ray set over a single weekend last year (that review can be found HERE). Without commercials or week-long waits between episodes, Revolution is the most binge-worthy program since The Walking Dead. How could I possibly go back to tuning in once a week for 42 minute episodes padded to an hour with commercials? So I decided to wait until it was released on disc (which I also do with The Walking Dead). While I’m glad I did - the second season is even more addicting - not enough of us watched the show when originally aired.

Despite Revolution's ominous conclusion, which optimistically paves the way for a third season, we are now left with questions that will never be answered, loose ends which will never be tied, characters whose fates will remain a mystery. Sure, there’s an online petition fans can sign with the hopes convincing another network to pick up the series. And yeah, I signed it, but I'm not holding my breath. These petitions seldom accomplish anything.

But it’s not a total loss. Even if season two is the last, it tells a terrifically compelling story over its 22 episodes and does come to a fairly satisfying conclusion, despite its cliffhanger coda.

The story picks up six months after the bombs drop on Atlanta and Philadelphia. If you have no idea what that means, then you’d best go back and watch all of season one in its entirety, because season two doesn’t stop to bring newcomers up-to-speed (at this point, simply being aware of the premise - a world in which all power was lost 15 years prior - is not enough). There’s too much currently happening to dwell on the past, and if you think you’re able to skip a single episode of season two and still keep up with current events…think again. Nearly every episode has at least one major plot twist (sometimes two or three) which affects the overall story arc. Many new characters, both good and bad, are introduced, and most of them are important to the story, if even for a single episode. Loaded with enough conspiracies, bombshells & double-crosses for ten shows, season two seldom slows down and is far more action-oriented (not to mention more violent) than last season.

Most of the main characters from season one return. Miles (Billy Burke) is more introspective and troubled by his past, though he’ll still impale you on his sword if you cross him. His former partner and borderline sociopath, Sebastian Monroe (David Lyons), becomes one of those intriguing characters where you know you should hate him, yet his brief displays of humanity make you wonder whether or not he’s totally irredeemable. The same goes for Tom Neville (played to-the-hilt by Giancarlo Esposito, easily season two’s MVP), who’s motivation for his conniving brutality warrants a surprising amount of empathy. In fact, most of the villains are pretty interesting (some totally despicable). The same cannot be said for the two female leads, Rachel and Charlie. Just as in season one, neither are particularly interesting. By this time, Charlie is mostly a glowering, nihilistic killing machine, while Rachel mostly exists as an obligatory love interest and to piss-off those around her.

Even more than last year, Revolution pays loud & proud homage to its influences, Stephen King’s The Stand in particular (Miles even uses the name of its main character, Stu Redman, as an alias). Sharp viewers will also recognize elements of The Walking Dead, the Terminator franchise, The Manchurian Candidate, viral disaster movies and lots of old westerns. But Revolution never simply rips them off; it’s always more-than-happy to remind us where all these tropes originated.

But now it’s all over. No more adventures with Miles & Bass, no more of Esposito’s marvelous scenery chewing, no more hoping Rachel dies in the next episode…and no answers to what the now-sentient Nanos (which caused the blackout in the first place) have in store for the human race. Still, despite loose ends which will never be tied, season two of Revolution is supremely addicting, especially watching uninterrupted. And like that now-empty can of Pringles…I miss it already.