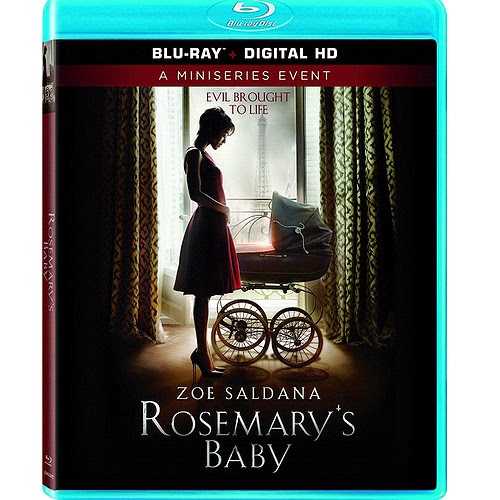 Remaking any classic is always a dicey endeavor. Stray too much from the original story and purists will cry foul; remain too faithful and those very same folks will declare it pointless. It’s almost a no-win situation, and those voices of dissent ring even louder if said-classic is widely considered one of the greatest of all time in a particular genre. This makes treading the fine line between blasphemous and redundant difficult indeed.

1968’s Rosemary’s Baby is one of those films, though personally speaking, it isn’t worthy of mention in the same breath as Psycho or The Exorcist (or even The Omen). While it was hugely influential on the horror genre, in my humble opinion, Rosemary’s Baby has aged much worse than other horror films still considered untouchable. It isn’t such a sacred cow that an update is out of the question.

Maybe it’s that mindset which makes me appreciate this made-for-TV remake for what it is…an unnecessarily padded-out story (originally shown on NBC as a two-part miniseries) with enough twists and gory goings-on to keep me watching anyway…at least on disc. On disc, without intrusive commercial breaks, Rosemary’s Baby starts to work as a foreboding and effective chiller. Sure, the level of violence is amped-up considerably for the yahoo crowd, but considering its network TV origins, there are some moments when it's actually kind-of scary. And as dated as the original is, those who put this remake together, despite rudimentary story changes, were still wise enough not to screw around too much with its creepy climax.

It’s also gotta be said that, not only is Zoe Saldana easier-on-the-eyes than Mia Farrow from the original, she’s far more dedicated to the role. Sometimes that dedication is misguided (truly, there are a lot of scenes which could have been excised to scale this back to a two-hour story), but for the most part, she’s a protagonist we heavily root for, ultimately rendering the resolution all-the-more disturbing.

Many movie purists will disagree, of course, some who’ll likely have their assessment carved in stone before giving this version a chance. But that's their loss.