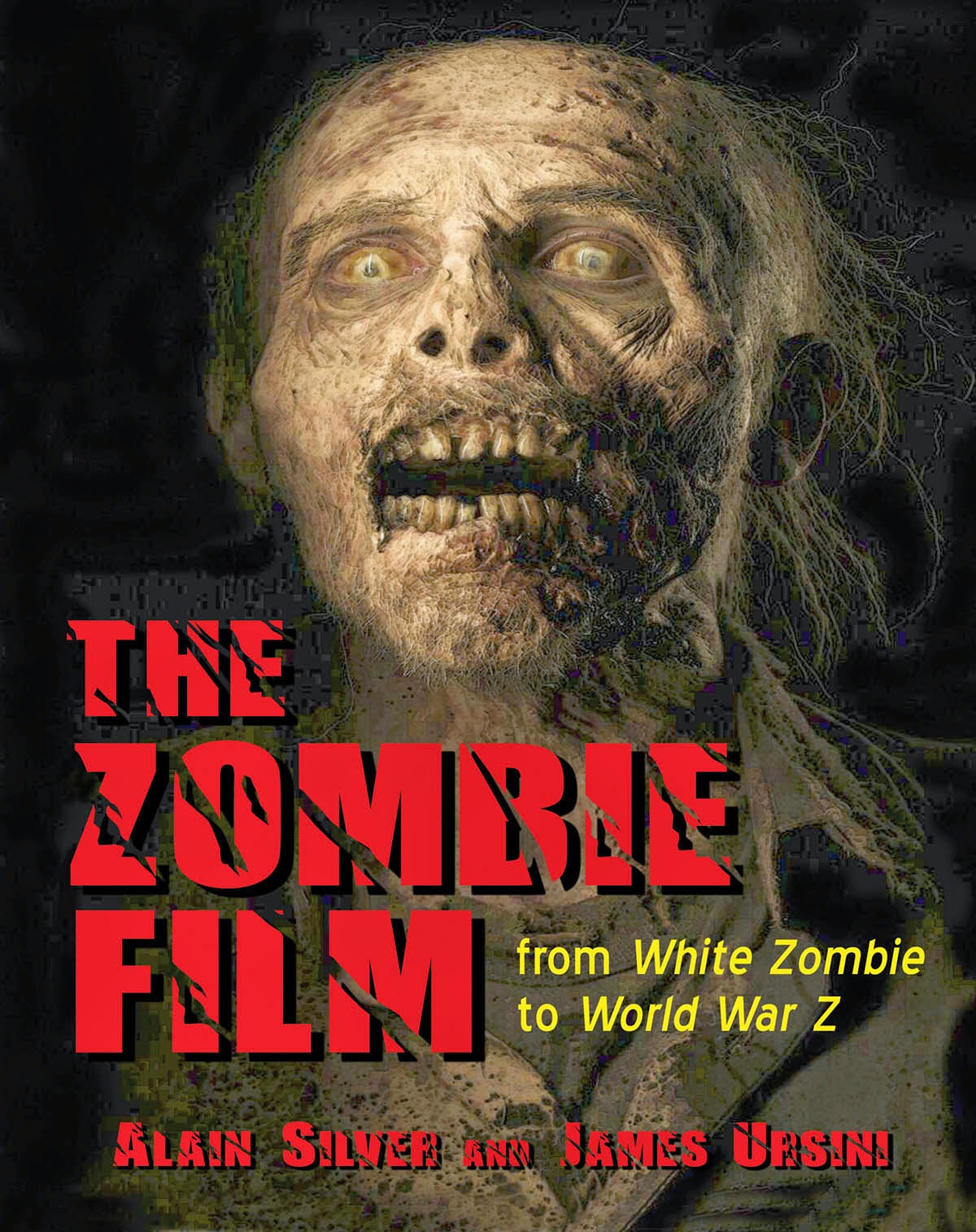 Zombies are everywhere. Fortunately for us, their proliferation is regulated to movies, TV, novels, games and the occasional community ‘zombie walk.’ Over last twenty years or so, they’ve achieved a level of cultural popularity rivaled only by sparkly vampires, and show no signs of shambling off anytime soon.

Movies, in particular, are where the undead remain the most prolific, with at least a couple of high-profile films and a slew of cheap knock-offs released every year. Naturally, there are now numerous reference books dedicated exclusively to the genre. The best one is arguably Jamie Russell’s Book of the Dead, which exhaustively unearths just about every gut-muncher ever made, from indisputable classics down to zero-budget weekend projects shot in someone’s back yard.

The Zombie Film covers similar ground regarding the genre’s history, from its origins to the present, with individual chapters dedicated to the likes of Romero’s seminal films, the subsequent influx of European flicks (mostly from Italy, of course, with special attention paid of Lucio Fulci) and the post-modern era of parodies, game-inspired action and big-budget epics. As such, the book is fairly comprehensive. Most of the significant films in this subgenre are covered.

However, the authors often spend too much time simply summarizing the plots of these films. Anyone interested in a book like this has probably seen 1978’s Dawn of the Dead several times and don’t need a full multi-page recap of the entire movie. On the opposite end of the spectrum, while Shaun of the Dead was arguably just as influential on the ‘zom-com’ genre, it is not discussed in nearly as much detail.

Hundreds of films are included among its pages (mostly in the Filmography chapter, which is simply a list of titles, release dates and credits), but we don’t often get enough critical analyses or behind-the-scenes stories that seasoned fans don't already know (though admittedly, the story behind the efforts to bring The Walking Dead to television is fascinating).

The Zombie Film is well-written, loaded with movie stills and terrific promotional artwork. Yet at the same time, it doesn’t really cover any new ground. Most zombie fans are already well-aware of these films’ influence on the genre and/or social commentary they may include (if any).