For Mr. Biscuits, it’s the thrill of the hunt...digging for discounts wherever they may be. Sure, you could order from Amazon or spend your hard-earned kibbles on something already used, but what’s the fun in that? So if you’re a movie collector on a tight budget, let Mr. Biscuits’ show you some of his latest bargains. And worry-not, kitties...we stalked and snatched these goodies before the current apocalypse. 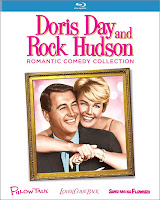 DORIS DAY AND ROCK HUDSON ROMANTIC COMEDY COLLECTION (Blu-ray) – When I was a kid, my little sister used to watch these things when our local TV channel aired them on weekends. Though romantic comedies weren't my genre of choice, I have to admit I got sucked into Send Me No Flowers. Even today, it’s a very funny film, as is Pillow Talk. Seconds notwithstanding, Rock Hudson was never considered a dynamic actor, but the chemistry he shared with Doris Day was undeniable. This set collects the three films they did together, including Lover Come Back. ($5.00 at Big Lots). 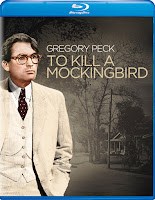 TO KILL A MOCKINGBIRD (Blu-ray) – Like many of you, I was forced to read the book in high school. Though it was better than I expected, reading wasn’t my favorite activity. Had home video been a thing back then, I would have rented the movie instead. I'd have aced the final, too, because the film is remarkably faithful to the novel. The film still holds up today and features one of Gregory Peck’s best performances...at-least until his child-stabbing escapades in The Omen. ($5.00 at Big Lots). 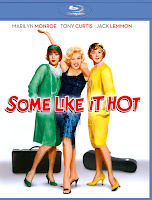 SOME LIKE IT HOT (Blu-ray) – Monroe at her most beautiful, Lemmon and Curtis at their funniest. For five bucks, I don’t see how anyone can pass this one up. Like The Thin Man, this classic isn’t just funny for its time. Some Like it Hot is one of the funniest films of any decade...and “get a load of that rhythm section!” ($5.00 at Big Lots).
Posted by D.M. Anderson at 10:53 AM