THE POOP SCOOP: A Shark Sequel, a Horror Classic and More

47 METERS DOWN: UNCAGED in Theaters August 16.
The film follows the story of four teen girls diving in a ruined underwater city, who quickly find themselves in a watery hell as their fun outing turns into heart-stopping fear when they learn they are not alone in the submerged caves. As they swim deeper into the claustrophobic labyrinth of caves they enter the territory of the deadliest shark species in the ocean. 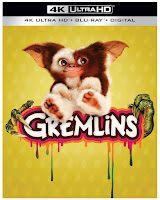 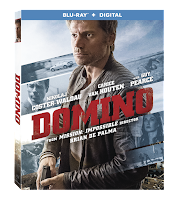 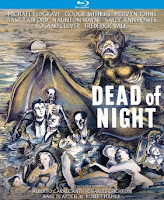 The Classic DEAD OF NIGHT on Blu-ray 7/9.
A group of strangers, mysteriously gathered at an isolated country estate, recount chilling tales of the supernatural. First, a racer survives a brush with death only to receive terrifying premonitions from beyond the grave. Then a teen’s innocent game of hide-and-seek leads to an encounter with the macabre. Next, a young couple purchases an antique mirror that unleashes a horrific power from its past. In a lighter vein, two competitive golfers play for stakes that may haunt the winner forever. Finally, a renowned ventriloquist descends into an abyss of madness and murder when his dummy develops a mind of its own. But even after these frightening tales are told, does one final nightmare await them all? Britain’s venerable Ealing Studios brought together four brilliant directors, Charles Crichton (The Lavender Hill Mob), Basil Dearden (The Mind Benders), Alberto Cavalcanti (They Made Me a Fugitve) and Robert Hamer (It Always Rains on Sunday) to create this classic chiller that remains one of the most influential horror films ever made. This is the uncut and complete UK version of Dead of Night, now newly restored in 4K from original archival materials for the first time in decades.
Posted by D.M. Anderson at 12:50 PM