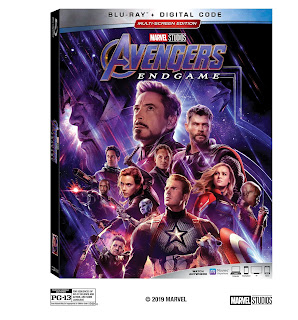 AVENGERS: ENDGAME on Digital 7/30 and Blu-ray 8/13
Fans who bring home “Avengers: Endgame” will gain hours of additional screen time with their favorite cast members and filmmakers who have shaped the Marvel Cinematic Universe (MCU). Bonus features include a tribute to the great Stan Lee; the tale of Robert Downey Jr.’s casting as Iron Man; the evolution of Captain America; Black Widow’s dramatic story arc; directors Anthony and Joe Russo’s experience at the helm of both “Avengers: Infinity War” and “Avengers: Endgame”; the making of an epic battle scene with the women of the MCU; the creation of Bro Thor; deleted scenes; a gag reel and more. 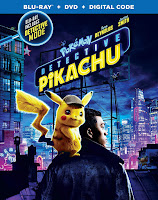 POKEMON: DETECTIVE PIKACHU on Blu-ray 8/6
The first-ever live-action Pokémon adventure, "POKÉMON Detective Pikachu" stars Ryan Reynolds (the "Deadpool" films, "Buried," "Life") as Detective Pikachu and is based on the beloved Pokémon brand—one of the world's most popular, multi-generation entertainment properties and most successful media franchises of all time. With Detective Mode on Blu-ray, watch "POKÉMON Detective Pikachu" like you've never seen it before and discover a world of hidden clues, behind-the-scenes footage, pop-up trivia, Pokémon facts, fun featurettes, Easter eggs and more! 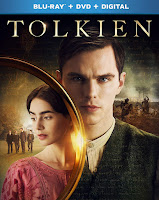 TOLKIEN on Blu-ray, DVD and Digital 8/6
From legendary halls of Oxford to the grim and bloody trenches of World War I, this enthralling biopic explores the early years of J.R.R Tolkien (Nicholas Hoult) and the relationships that defined the legendary author he would become. Chronicling his romance with Edith Brant (Lily Collins), as well as the various members of the Tea Club, Barrovian Society, Tolkien slowly grows from a shy and bookish young man into one of history’s most beloved writers – seasoned by life, and everything that comes with it. 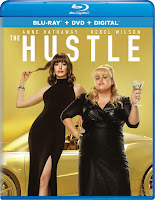 THE HUSTLE on Digital 8/6 & Blu-ray and DVD on 8/20
From director Chris Addison (“Veep”) and producers Roger Birnbaum (The Magnificent Seven) and  Rebel Wilson, THE HUSTLE on Blu-ray and DVD showcases bonus features taking viewers further into the world of scamming with special featurettes including behind-the-scenes footage, commentary from the cast and filmmakers, and more! Josephine Chesterfield (Hathaway) is a glamorous, seductive Brit who defrauds gullible wealthy men. Penny (Wilson) amasses wads of cash by ripping off her marks in neighborhood bars. Despite their different methods, both are masters of the art of the fleece so they con the men that have wronged them. Wilson’s talent for physicality and Hathaway’s withering wit are a combustible combination as the pair of scammers pull out of the stops to swindle a naïve tech billionaire, played by Alex Sharp (How to Talk to Girls at Parties), in this hilarious comedy.
Posted by D.M. Anderson at 10:03 AM