Blu-Ray Review: BACK TO THE FUTURE 30TH ANNIVERSARY TRILOGY 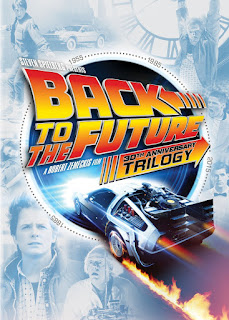 Aside from the original Star Wars trilogy, you'd be hard-pressed to name a film franchise as universally loved as Back to the Future. Seriously...have you ever come across anyone who ever declared, "Wow, Back to the Future really sucked"? If so, you really need to find new friends.

And no one ever speaks of them as three individual films anymore. Today, whenever someone brings up Back to the Future, they're almost always referring to the entire trilogy, a single epic saga with a definite beginning, middle and end. Because of this, we tend to forget the first film was a surprise hit with no initial aspirations of going any further. We also tend to forget Back to the Future Part II was not as warmly received by critics or fans at the time, the common complaint being that it was too dark, too FX-driven and too in-love with its own labyrinthine storyline. And few seem to remember the simultaneously-filmed Part III, while still successful and well-recieved, actually underperformed at the box-office compared to the previous two.

But perhaps even more-so than the original Star Wars trilogy, each Back to the Future film is now universally loved because they click togther perfectly as three acts in a single, sweeping story. Almost nobody looks at them otherwise, which is obviously why these films are hardly ever available individually these days. Even cable channels usually show them all back-to-back...

...which also means if you've a fan (and who isn't?), you probably already own the previously-released DVD set or the 25th Anniversary Blu-Ray edition.


So now we have the inevitable 30th Anniversary set...not just the anniversary of the original film, but also the year Marty McFly travels to the future of 2015 (October 21, to be exact, the same day this was released). So yeah, it's an important date worth commemorating with this nicely packaged four-disc collection.

However, it should be noted that the films and bonus features on the first three discs are almost exactly the same as the 25th Anniversary edition. Only the fourth supplementary disc contains any additional material (outlined below). These extras vary in quality, from promotional fluff to some truly great new documentaries. If you already own the previous Blu-Ray set, you have to decide if this fourth disc of bonus features (roughly 2 hours) is worth the upgrade. But if you still haven't included Back to the Future in your collection, this set is definitely a must-own. The picture & sound quality is outstanding. As for the films themselves...the special effects still hold up, the characters are still endearing and the story, considering it's definitely rooted in the 80s, remains timeless.

BONUS FEATURES:
As stated before, the bonus features accompanying the films on their individual discs are nearly identical to the 25th Anniversary Blu-Ray set. While they are substantial, informative and very entertaining, there's no point in rehashing them all here, especially if you already own it.

This new set features a fourth disc of all new extras to celebrate the first film's 30th: 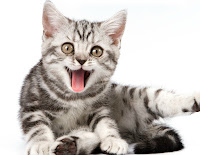 MEE-OW! ESPECIALLY IF YOU DON'T YET OWN THIS COLLECTION