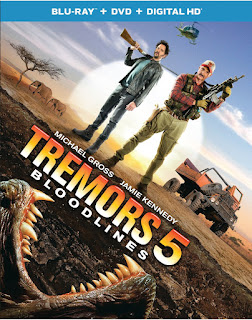 I remember paying to see the original Tremors in theaters and being wonderfully surprised. What initially looked like a dumb, exploitative B movie turned out to be clever, suspenseful and intentionally hilarious, with terrific performances and first-class production values.

While it did middling box office, Tremors exploded in popularity on video, so it was no surprise that the inevitable Tremors 2 skipped theaters altogether. Considering most direct-to-video sequels are complete garbage, Tremors 2 was another wonderful surprise. Sure, the budget was lower and only Fred Ward & Michael Gross could be talked into reprising their roles from the original, but it still maintained the same creativity and goofy sense of humor which made Tremors a cult favorite. Even today, it’s arguably one of the greatest direct-to-video sequels ever made.

Then the law of diminishing returns ultimately reared its head. Despite the introduction of the amusingly-named ‘Assblasters’, Tremors 3 was just more of the same, only staler, while Tremors 4 went the prequel route (always a sign of desperation). And we won’t even get into SyFy’s sad attempt to turn the franchise into a TV series, which was unceremoniously canceled after 13 episodes.

Since most of us put a fork in this franchise over a decade ago, Tremors 5: Bloodlines comes as yet-another surprise. Michael Gross remains the only constant, returning once again as Burt Gummer. This time he’s joined by Jaime Kennedy as an opportunistic sidekick as they venture to Africa to battle a new batch of Graboids and Assblasters. As in previous sequels, these creatures are evolving yet-again, which provides a few new twists. 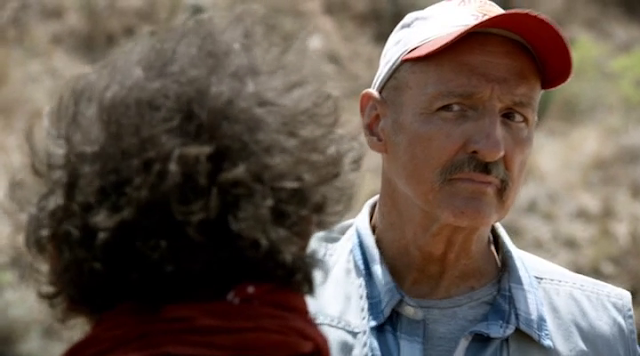 Gross once again throws everything into his role, to an almost embarrassing degree (the lengthy scene where he’s trapped in an animal cage is painfully unfunny). What ultimately made the original Tremors so great was its diverse cast. Burt Gummer was simply one eccentric character sharing the screen with others. As the actual star, his survivalist schtick sometimes becomes tedious.

But despite some heavy-handed attempts at humor and way too much screen time given to Kennedy (whose character is truly obnoxious), Tremors 5 is still reasonably entertaining if you keep your expectations low. No one should expect anything on par with the original (technically or narratively), but this film admittedly benefits from earnest performances and above-average special effects for a home video release. At the very least, it's better than the last few sequels.

NOT BAD...FOR A DIRECT-TO-DVD SEQUEL