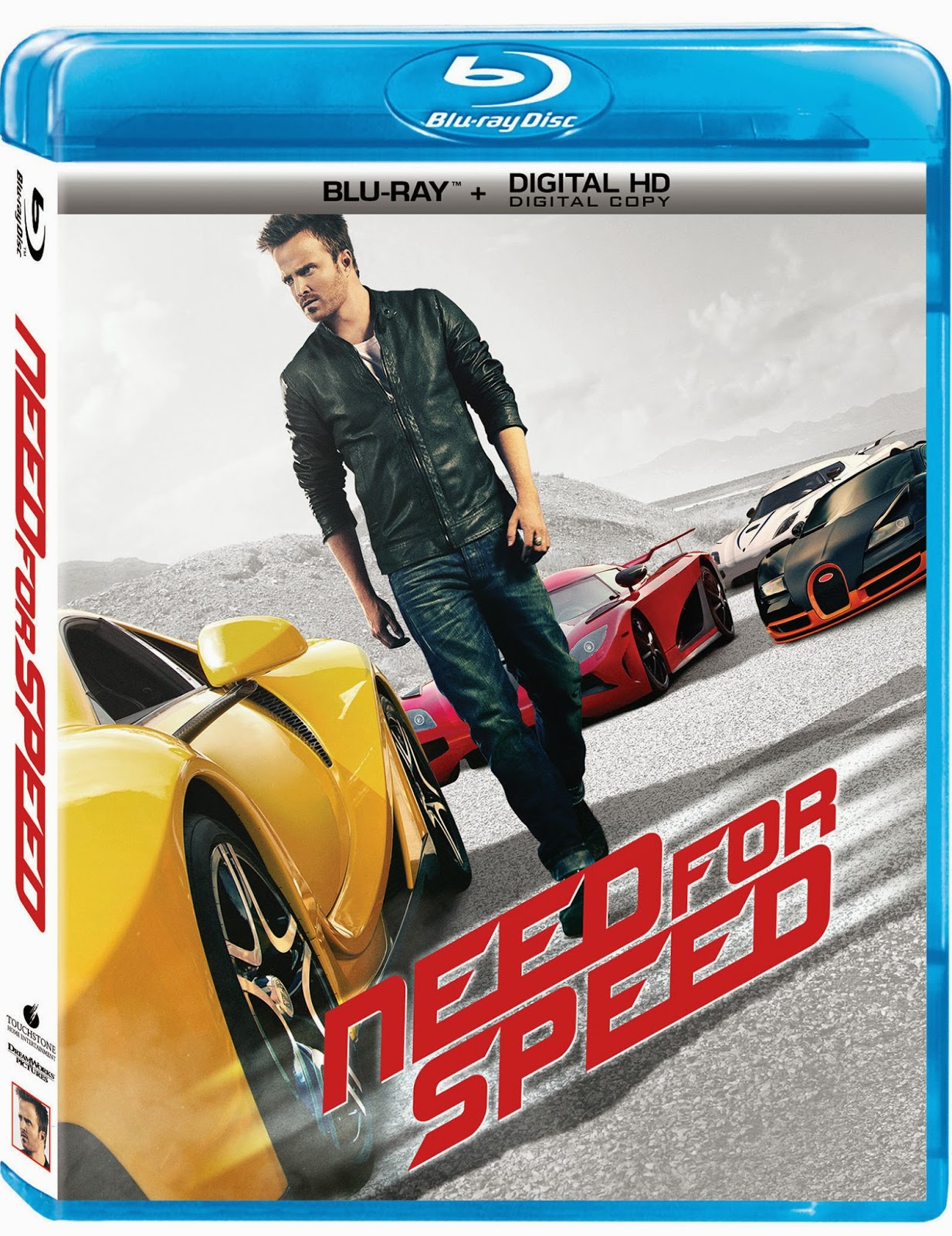 Need for Speed should have sucked…

First, it’s based on a popular video game, and most such films are little more than cynically-marketed products aimed at undemanding teenage boys.

Second, this film obviously wouldn’t exist if not for the inexplicable popularity of the Fast and the Furious franchise. Every promotional trailer and poster, from the car-porn action down to the ‘speedy‘ font of the title, were blatant attempts to appeal to the F&F crowd. And if you’re gonna rip-off another franchise, why not boost your chances for success by using a brand name everyone under the age of twenty is already familiar with?

Third, the story, involving a young hot-shot mechanic speeding cross-country in a rare Shelby Mustang - with cops on his tail - to participate in an illegal road race while avenging the death of a buddy at the hands of a racing rival, is ridiculous to the extreme. An epic suspension of disbelief - from the anti-gravity auto-stunts to the near-absence of police during the cross-country run - is required from even the most forgiving viewer. In addition, there isn’t a single plot turn you won’t see coming from a mile away.

Fourth, the characters are as shallow as a puddle, mostly conceived to look cool or sexy and speak in eye-rolling clichés.

But ironically, despite everything working against it, Need for Speed doesn’t suck. It ain't The Godfather, but it is a lot of disreputable fun, the kind of movie you'll feel silly admitting you enjoyed.

Aaron Paul - he of Breaking Bad fame (who ominously resembles the drummer for Metallica) - may not be traditional leading man material, but despite his one-dimensional character (and some chuckleworthy attempts at intensity) we kinda like him. Dominic Cooper brings more chutzpah to his villainous role as Dino than he probably needed to. Sure, he’s essentially a cartoon, but a lot of fun to root against.

This is also a true cargasm movie. The vehicles are all sexy as hell (you might even find yourself saddened by one car's demise). The chases and stunts may border on fantasy at times, but none of it is CGI (which you can’t say about the Fast & Furious franchise). What you see was accomplished with real cars driven by real stunt people (and sometimes the actors themselves). Most importantly, despite a surprising 130 minute running time, Need for Speed is tightly-paced enough to justify its length. Sure, there are a few scenes of obligatory exposition or lame attempts at characterization, but for the most part, Need for Speed lives up to its title to deliver a fast ride.

And in one shamelessly amusing scene, even though it has almost nothing to do with the plot, the movie features the ultimate way to quit a job.

Is Need for Speed a great film? Not by a longshot. But maybe because my expectations were low to begin with, I found this a lot more fun than any movie in the Fast and Furious franchise. As someone who has never played a single game in the long-running video game series, I can’t tell you if it’s faithful or not to its source material. What I can say is, despite having to apologize to my brain afterwards, Need for Speed gave me a good time.