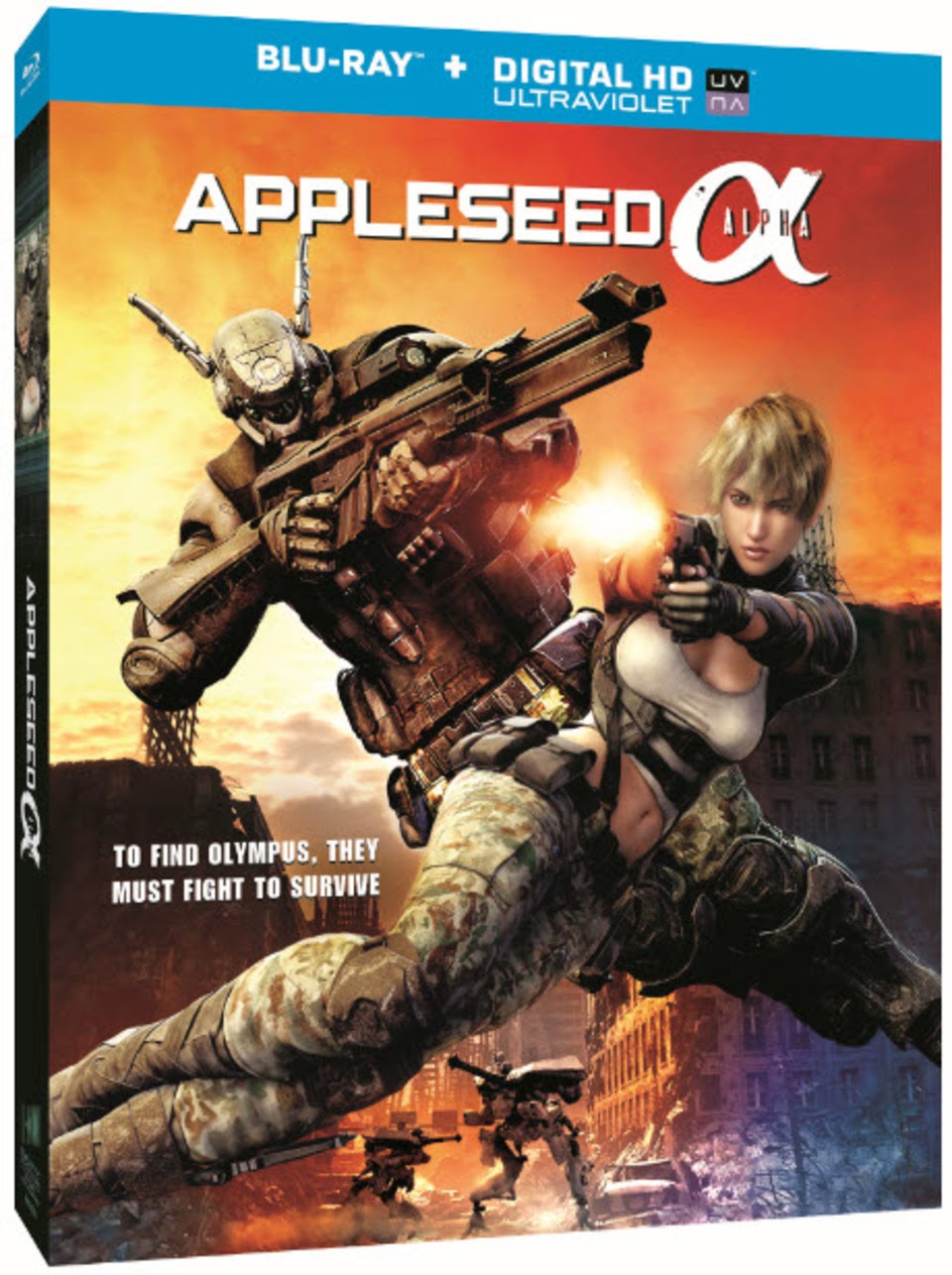 Appleseed Alpha is set in post-apocalyptic New York, where mercenaries Deunan, and cyborg Briareos set out to find the supposedly utopian city of Olympus, which may be humanity’s last hope.

For fans of the previous Appleseed movies, I’m sure that Appleseed Alpha is an absolute delight. If you’re new to the series, however, I wouldn’t even bother. Despite the fact that it is a prequel, the plot is hard to follow. There are few explanations for anything, and I spent the majority of the movie wondering what was going on.

The movie’s CG animation is a little lackluster as well. While the environments, cyborgs, and anybody else covered in armor look stunning, anything that even remotely resembles a human seems a bit off. While the graphics would have been okay for say, a video game, they aren’t exactly pleasant to look at for a movie. Deunan, the main heroine of the film, seems expressionless more often than not, and her movements seem strange and choppy.

The music of the film is good…separately. While it is pleasant enough to listen to, there are moments where it just doesn’t fit. Was this supposed to be background music? Is a character listening to the radio somewhere? What is this, and who thought putting it in right now was a good idea?

The voice acting is good, and admittedly better than I was expecting. Luci Christian was great as Deunan, and it’s a shame that the character’s expressions are so stiff, and just don’t seem to fit well with the voice over work.

However, this movie was obviously made for the returning fans. If you enjoyed any of the other movies, Appleseed Alpha is probably great. It’s action scenes are destructive and entertaining, and seeing the origins of Deunan and Briareos is likely loads of fun. But from an outsider's point of view, the movie really isn’t anything special or worth sitting through again.