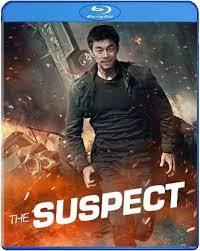 The basic premise of this 2013 South Korean action film briefly reminded me of The Fugitive, in which a wrongly-accused man is hunted down by damn near everyone, and those who were once foes end up being allies. The big difference is our main character, a former North Korean agent, Ji (Gong Yoo), doesn’t seem to give a damn about clearing his name; he’s mostly concerned with exacting revenge on those who killed his family.

That alone would be enough for a terrific action thriller, but The Suspect makes things more complicated than necessary by introducing a silly MacGuffin and too many secondary characters, all of whom aren’t quite who they seem. While I enjoyed Ji’s single-minded drive for revenge, as well as the motives of Min (Park Hee-soon), a military colonel charged with hunting Ji down, the movie kind-of slows to a crawl when these characters aren’t onscreen. Almost everyone else is a composite of villains or helpful sidekicks we’ve seen before.

However, those who stick with it will be amply rewarded with a few nifty car chases, some well-choreographed martial arts action and a truly heart-rendering resolution. At 137 minutes, The Suspect is too long by at-least 30 (mostly due to it’s overly complicated story), but the film is an entertaining enough way to kill a few hours.