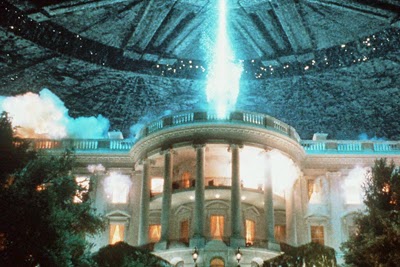 I hate it when people refer to special effects as graphics, as in “Independence Day had good graphics.” Yes, most modern filmmakers utilize computer graphic technology in creating certain effects, but people have been incorrectly throwing the word around as an all-encompassing term for decades. All this tells me is they have no idea what they’re talking about, but wish to sound intelligent. Video games have graphics, movies have special effects.

Speaking of which, it irritates me when people base their entire assessment of a movie’s worth on whether or not its special effects (which they’ll inevitably call graphics) are convincing. These are the kind of pretentious ignoramuses who laugh at and ridicule inarguable classics like Jaws or Forbidden Planet, while praising such creatively-bankrupt eye candy as Transformers (nothing more than a two-and-a-half hour video game you never get to play).

On a related note, anyone who equates ‘old’ with ‘shitty’ is a complete moron.

I question the intelligence of anyone who bases their decision to see a particular film strictly on its box office performance, as though financial success or failure is an accurate indication of whether or not it's any good. These people are mindless sheep who probably don’t know The Wizard of Oz was a box-office flop when initially released.

On the flipside of the coin, I'm annoyed by people who only choose to see a particular film once it’s been nominated for several Oscars. People like this are usually doing it for one of two reasons: 1) So they have something to root for on Oscar night, or, 2) So they can jump on the Good Taste Bandwagon. People like this aren’t true movie lovers. Whether you enjoy art-house cinema or sleazy exploitation, your tastes should never, ever, be influenced by anyone else’s definition of quality. 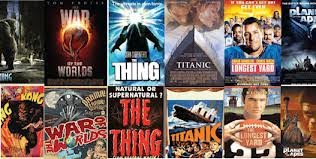 Speaking of which, I’m now at the age where films I loved growing up are being remade left and right. Although I’m wary of them, I don’t blindly pass judgment simply due to my fondness of the original. Nor should you, regardless of your age. Besides, remakes have been a huge part of the film business since it became a business. The following is just a short list of classics that are actually remakes of previous films: The Ten Commandments, Heat, Scarface, The Magnificent Seven, A Fistful of Dollars, The Fly, Heaven Can Wait, The Thing, 20,000 Leagues Under the Sea, The Maltese Falcon, The Departed, Ben-Hur, The Wizard of Oz. Sure, most remakes are vastly inferior to the originals, but the next time someone of a different generation poo-poos the latest Hollywood remake without having seen it, respectfully remind them that, sometimes, first doesn’t always mean best.

I always get a chuckle out of people who declare a movie ‘stupid’ simply because they don’t understand it.

Hey, guess what? Nobody within earshot of your big mouth gives a flying fuck what you have to say about a movie until after it’s over.

Here’s a subtle message to those of you enticed to see a film because it’s offered in 3-D: STOP! You guys are encouraging Hollywood to continue pumping out this shit because you’ve somehow mistaken 3-D for a Disneyland thrill ride. Aside from Avatar, which was only good because it was in 3-D, I defy you to name a single movie ever made that was truly worth the inflated admission price.

If you think the films of Aaron Seltzer & Jason Friedberg qualify as satire, you do not know the definition of the word.

Similarly, if you think the gory death scenes in the Saw franchise qualify as horror, you do not know the definition of the word. 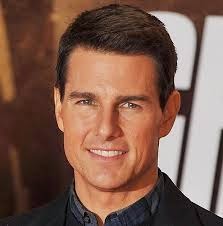 Similarly, I've never understood anyone who's ever chosen not to see a particular film because of a personal dislike for one of the individuals involved in its production. With a few notable exceptions, movies are not a reflection of those who made it. They’re just stories, and whoever makes them shouldn’t be a factor in your assessment on whether or nor they’re any good. Tom Cruise’s Scientology views may be batshit crazy, but he’s so-far kept them separate from his day job.

If you deem a film stupid which was intentionally stupid in the first place, you missed the point.

If you accept a movie as a true story because a title card tells you so, I’ve got a bridge to sell you.

If you think every scene, plot-point, action or character decision needs to be explained in enough detail to eliminate all ambiguity, I feel sorry for you.

Those of you who’ve blindly bought-into the greed-driven trend of turning single novels into two-to-three individual films are total rubes. This shit started with Harry Potter and the Deathly Hollows, the final book in the popular series. Not only did you not complain, you joyfully shelled out twice the cash for a single movie. The worst example is Peter Jackson’s decision to pad-out The Hobbit into three films, an obvious and insulting attempt to squeeze the last dollar out of fanboys suffering from Middle Earth withdrawl, and you still showed-up in droves for a three part, nine hour adaptation of a 300 page book. Thanks a lot fanboys…you’ve encouraged Hollywood to keep doing it. I’ve got just four words for you…Gone with the Wind, a 1000+ page novel that no one had trouble adapting into a single four hour film.
Posted by D.M. Anderson at 9:43 PM