CANNIBAL HOLOCAUST and What We Can’t Unsee 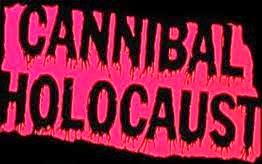 I have a vague recollection of my first trip to Disneyland when I was 11. Aside from being bowled-over by Pirates of the Caribbean, what I most-clearly recall is waking up in the hotel one of those mornings, having to pee real badly, and catching Mom and Dad showering together.

When I was in seventh grade, I had a Math teacher named Mr. Osterman. He was a peculiar guy, physically imposing and square-jawed, but with a sardonic sense of humor that I personally found pretty amusing, and he helped me grasp mathematical concepts better than any teacher I had before or since. But one day I ventured into the boys’ bathroom, and back then, schools never saw fit to equip toilet stalls with doors, which is probably when I learned to hold my crap until I was home. Anyway, there was Mr. Osterman, casually sitting on a crapper for all to see, knees apart, his gigantic dong hanging into the bowl as he did his business. Apparently unburdened by anything resembling modesty, he casually nodded “Hey” before I quickly darted to the nearest urinal…but the damage had been done. From that day forward, despite my efforts to erase that terrifying image from my head, Mr. Osterman was no longer my Math teacher, but the man with a monster in his pants.

A few years ago, I was driving home from work when the traffic slowed. I spotted two children on the side of the road. One was crying aloud, rivers of tears streaming down her cheeks, while the other held onto her, doing her best to provide comfort. As I passed, I saw what had them so upset…on the road was a dead cat, presumably their pet. But it wasn’t just dead; the tail was still twitching and one of its eyeballs had popped out of its socket, glistening in the sun with a shocked & dead stare. It was obvious these two kids just watched their beloved pet die. I’ve lost numerous pets in my life, but never forced to see their expression at the very moment of untimely death. Thinking about that eye disturbs me even today.

Sometimes we witness things we can never unsee, images so vividly-imprinted in our memory that time is unable to erode them, like they were engraved in stone. Unfortunately, such permanent pictures are often awful ones, and we can’t simply shake our heads and erase them like an Etch-A-Sketch. That kind-of pisses me off…I only have a vague memory of a drop-dead gorgeous cheerleader in high school who once took her top off in front of me (during Truth or Dare at a party), but vividly recall the celluloid image of a monkey’s face being cut off, while still alive and screaming, from Cannibal Holocaust, arguably the most notorious piece of Italian sleaze to ooze out of the 80s.

I saw it during college, living in dorms, where a favorite weekend activity among my friends was to see who could bring the most violent and/or disgusting movie to show the others. One particular weekend, I thought I had them all beat when I brought Lucio Fulci’s City of the Living Dead (with it's infamous entrail-vomiting scene), only to be beat-down by Mike, who had a bootleg copy of Cannibal Holocaust (it hadn’t yet been released on video in the U.S.). “Wait’ll you guys see this!” he said with a shit-eating grin.

Though initially up for the challenge, I wanted to leave and go back to my dorm room about halfway through. Only the fear of losing-face among my buddies kept me there for the duration.

Cannibal Holocaust is an awful film, and by that I don’t mean poorly made. Quite the contrary…for low-budget exploitation, it’s very well made. What’s awful about Cannibal Holocaust is its utter nihilism, moral apathy and, worst of all, numerous scenes involving the actual onscreen killing of animals. The story and tone are bleak enough, and this movie would have earned its cult credentials among exploitation fans without the animal torture (they really have nothing to do with the plot at all). The only reason I can think of for their inclusion was director Ruggero Deodato’s desire to appeal to that perverted portion of the population who get off the real pain of others.

I’ve got a pretty strong constitution when it comes to onscreen violence. Movie gore doesn’t really bother me. In fact, I kind-of enjoy it if done well and presented in the right context. Even though the quasi-documentary style of Cannibal Holocaust adds a disturbing level of realism to the sexual violence & gruesome human death scenes - not “fun” gore like Scanners or Dawn of the Dead - it was nothing I couldn’t handle.

But when one of the actors kicks a pig several times before blasting it with a rifle, all I could think about is what was going through that poor critter’s head at the time (besides a bullet, that is)…pain, confusion, fear. One minute he’s be-bopping through the village like he does every day, the next minute he’s bludgeoned and shot for the sake of someone else’s entertainment. There are several other animal deaths in the film, none of them quick, all of them violent and graphic. Sitting in the dorm watching this, there were a few times I nearly asked out-loud, “Who gets off on this shit?” But I bit my tongue, because some of the guys in the room were loving it (apparently not overcome with sudden animal empathy) and I didn’t want to be a killjoy.

It’s been over 25 years since I’ve seen this movie, but every one of those animal killings remains vivid in my memory, critters who died horribly so people like my former college friends could get off on their torment. In fact, another thing I can’t unsee is the excited look on one of these guys’ faces when a giant turtle is dismembered alive.

Yeah, I know Cannibal Holocaust is a cult classic, and hugely influential on the found-footage genre that would explode in popularity two decades later. It has a “fresh” rating on Rotten Tomatoes; the British magazine, Total Film, ranks it as the tenth greatest horror movie of all time. But once again, I gotta ask…Who gets off on this shit?

I think I’d rather see my parents in the shower again than watch this film a second time.
Posted by D.M. Anderson at 11:26 PM